USS ‘pushing regulator to the limit’ on risk, says CEO

The UK’s biggest pension fund is pushing the country’s regulator to the limit of what it deems acceptable in a bid to resolve a long-running dispute over contributions, according to its CEO.

Speaking to journalists yesterday, Bill Galvin, chief executive of the £68.5bn (€77.3bn) Universities Superannuation Scheme (USS), said the scheme’s trustee board had adopted “a position of maximum flexibility” in its latest actuarial valuation.

The scheme undertook a fresh valuation using data from 31 March 2018, after the University and College Union (UCU) and Universities UK (UUK) – which represent academic staff and higher education employers, respectively – failed to agree on a new schedule of contributions.

The new valuation has been submitted to the UK’s Pensions Regulator (TPR), but Galvin said that, while the report had the “agreement” of the regulator, TPR had “pointed out once again that it sits at the very limits of what they find acceptable in terms of risk”.

“We are in an economic environment where the news is becoming less positive by the day,” he said.

“Indeed, the situation that the trustee was in when signing off the 2018 valuation was that conditions have deteriorated quite significantly from 31 March 2018, the point at which the valuation was set. 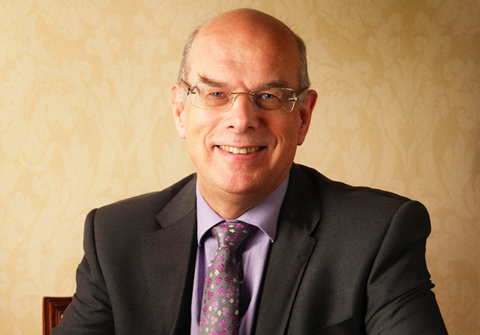 “The challenge for the trustee was whether it was sensible at all to continue on the basis of those assumptions. The trustee came to the view that it was possible to go forward on this basis, but it needs to explain to the higher education sector that economic conditions need to be monitored very carefully.”

Last month, Galvin – a former chief executive of TPR – wrote to UUK chief executive Alistair Jarvis explaining that negative real yields on government bonds had pushed up USS’ funding shortfall to £6.6bn as of the end of July.

Sir David Eastwood, chair of USS’ trustee board, said the scheme had moved “as far as reasonable and prudent to accommodate the concerns of the stakeholders”.

He told journalists yesterday: “It is a matter of public record that throughout the 2017 and 2018 valuations we, the trustee, have been operating at the limits of what the regulator would regard as acceptable. That was the trustee’s best attempt to accommodate the position of the stakeholders.”

USS’ covenant adviser PWC had determined that the scheme’s employer covenant was “strong” with “significant line of sight” on the sector’s ability to support the scheme, Sir David added.

However, TPR has contended that the USS employer covenant is “tending to strong”, one step down on its scale.

“When the regulator sees financial challenges for the sector – Brexit, perturbations in the international student market – it strengthens the regulator’s view that the covenant of the sector is tending to strong,” Sir David said.

There is also a disagreement over the length of USS’ deficit recovery plan. A strong, or tending to strong, covenant requires a shorter recovery plan, according to TPR. However, Galvin said higher education employers had argued that their collective strong covenant meant a longer recovery period was appropriate. 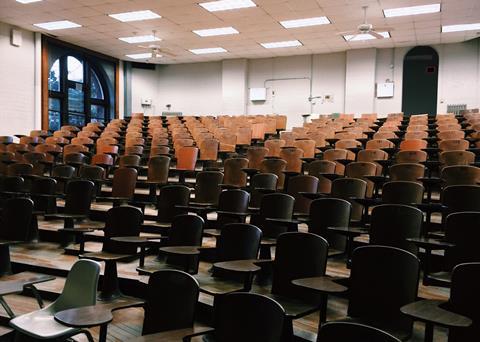 USS is a ‘last man standing’ scheme, meaning all 350 employers stand behind the scheme as a whole – and take on the costs of any that leave.

USS Limited is the trustee of the pension fund, with its wholly owned subsidiary USS Investment Management running the giant investment portfolio.

However, the trustee maintains a neutral position when it comes to setting contribution rates. In accordance with UK pension fund rules, every three years it carries out an actuarial valuation and presents the results to a joint negotiating committee (JNC) with a recommended contribution rate.

Academic staff across the UK went on strike last year after the JNC proposed closing the defined benefit section of the hybrid scheme. This proposal has now been shelved and a new contribution rate proposed from 1 October this year, with staff paying 9.6% of salary and employers contributing 21.1%. From 1 October 2021, the contribution rates will increase to 11% and 23.7% respectively.

However, the UCU is balloting for strike action as it believes universities can afford to shoulder all the proposed contribution increases.