The shift is mainly a result of the DKK767bn (€103bn) pension fund’s changing priorities under chief executive Christian Hyldahl, who took the helm a year ago.

Hyldahl has increased ATP’s focus on transparency, with responsible ownership and tax issues being brought to the fore in the last few months.

In a press release announcing the final close of its ATP PEP VI fund at €800m, the private equity unit said: “In conjunction with the closing of fund VI, an adjustment of the investment strategy, the investment process as well as the organisation has taken place.

“The changes are a reflection of a desire to reduce complexity and costs as well as working closer with our selected general partners to ensure that ESG and tax matters are in compliance with ATP’s policies.”

With this sixth private equity fund, ATP has changed the types of investments to be included, as well as the geographical focus and ticket size of the individual investments.

Geographically, portfolios have in the past included investments in Europe, North America and “rest of world”, but the sixth fund will in vest in just Europe and North America.

“As a consequence of changes to the investment mandate and focus for ATP PEP VI, it has been decided to unite all resources in one office in Copenhagen going forward,” ATP PEP announced.

Torben Vangstrup, managing partner at ATP PEP, told IPE that this meant the firm’s New York office – opened in 2007 – would be wound down over the next six months with the five Danish team members being offered the opportunity to relocate to the firm’s office in Gothersgade, central Copenhagen.

“With the strategy change, it is less obvious why we should have an office there,” he said. “It is less complicated just having a single office, and having the team in one place also makes sense from a cost point of view.”

The strategy move was primarily about reducing complexity, he explained. However, Vangstrup also said that, from a risk-return perspective, the venture capital allocations had not lived up to what was expected.

“Venture capital has given positive returns, but buyout and distressed have produced higher returns – however the overall average annual net returns since 2002 still stands at 12.5%,” he said. “Finally, we have not been able to find enough interesting venture fund investment opportunities.” 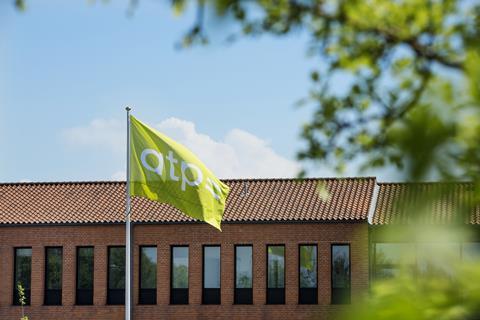