Businesses in the UK support the idea of extending the auto-enrolment occupational pensions regime to include lower-paid workers and the self-employed, according to a new survey.

However, the Future Savings survey – conducted by the Confederation of British Industry (CBI) and Scottish Widows – also found that the majority of businesses did not believe that mandatory contribution levels should be increased yet.

The survey revealed that 74% of companies wanted the current £10,000 (€11,141) earnings trigger to be reduced or removed so that automatic enrolment was extended to more workers, with the same proportion favouring provision being made available to the self-employed.

In addition, 71% of businesses in the poll – which was carried out in February – said they believed employers would need to make higher contributions to auto-enrolment schemes at some point in the future in order for staff to have enough retirement income.

However, only 27% of the survey’s 240 respondents supported increasing employers’ contributions now, with 40% backing higher employee contributions. 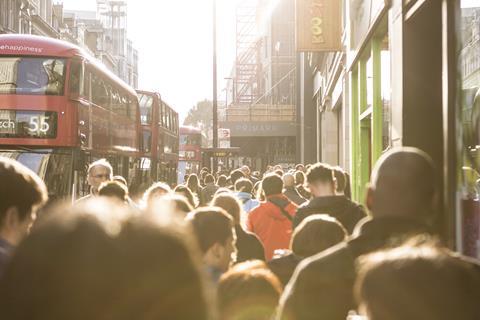 Matthew Fell, chief UK policy director at the CBI, said that while higher contributions would be needed in the future, now was not the time to raise mandatory contributions again.

“The government must first be given the chance to deliver the findings of the automatic enrolment review and fully assess the impact of the increase to contributions in April 2019,” he said.

The survey showed that UK company bosses were almost unanimous in supporting provision of a competitive workplace pension, with 98% saying there was a business case for it, and 95% agreeing there was a moral one.

Fell said that increasing staff engagement with their savings was a must, but that there was also a growing concern among companies about the essential balance between funding defined benefit schemes and investing in the future.

“It will be important for government to take steps to help firms who want to continue to sponsor these schemes. In the end, a strong solvent employer is the best security for a pension scheme,” he said.

Some 76% of business leaders polled said they wanted the government to prioritise educating people about the importance of engaging with their savings, while 85% said they believed their firms should do more to engage staff with their pensions.

Citing a July 2018 report from the Pensions and Lifetime Savings Association, the CBI and Scottish Widows said  that 80% of workers were unsure of whether they were saving the right amount for retirement. Just over half (51%) believed the auto-enrolment minimum pension contribution level – 5% from the member, 3% from the employer from 6 April 2019 – was the government’s recommended amount they should save.

“To unlock the full value of pension saving, business and government must each play their part,” the report said.

Delivering the pensions dashboard was one way government could help, according to the report. The dashboard concept had strong support from business because of its potential to boost engagement, the report said, with 24% of respondents saying it should be a key priority for the government.