In his new role Nilsson will lead BTPS’ asset and liability management functions, scheme operations, and administration, all of which are predominantly run in-house.

Nilsson worked for Danish pension provider ATP for more than 10 years in a variety of roles, including business development director and CEO of its administration arm.

In 2010 he became head of international operations, spearheading ATP’s expansion into the UK. He was founding CEO of NOW: Pensions, a UK defined contribution master trust and subsidiary of ATP. He left NOW: Pensions in August last year. 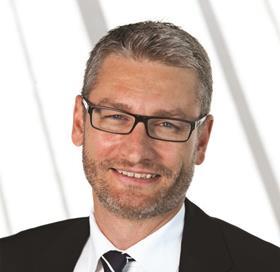 Nilsson said: “I very much look forward to working with the trustees and the rest of the team. It is an ambitious and dynamic organisation with a history of successfully using the scale of the fund to find new innovative and forward-looking ways to protect its members’ interests. It is a great privilege to be joining the BT Pension Scheme management.”

In May, BTPS’ trustees agreed a £13bn funding plan with its sponsor BT, the FTSE 100-listed telecommunications giant, as part of a 13-year plan to plug its funding shortfall.

Other measures taken to cut the pension scheme’s liabilities included closing its defined benefit sections and working with unions to create a hybrid plan.