The UK’s lifeboat for bankrupt company pension schemes faces challenges ahead, despite improvements in funding levels over the past year, the institution has said.

Following the publication of its annual Purple Book yesterday, the Pension Protection Fund (PPF) said the aggregate funding level across more than 5,000 had reached 95.7% in March 2018, up from 90.5% the previous year.

Andy McKinnon, chief financial officer at the PPF, said “almost exactly half” of the improvements had been driven by market movements, including improvements in gilt yields that had pulled down liabilities, but also surging stock markets that had lifted investment portfolios.

McKinnon added that the PPF had made changes to liability assumptions in the summer, which had also improved funding levels. 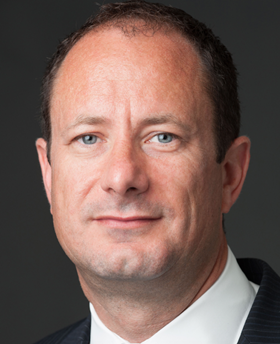 “We have seen some improvement in scheme funding,” said McKinnon, “but it is still the case that there is a lot of risk remaining in the universe.”

The Purple Book showed that, despite a significant proportion of schemes being underfunded, investment portfolios had been increasingly dialling back risk.

The percentage of equities held in portfolios was just 27%, down from 29% a year earlier, with UK stocks falling out of favour. Within equity portfolios, UK schemes held just 19% in domestic equities, down from just under 50% in 2008, with around 70% held in global securities. Privately listed equities made up around 11% of this asset class.

Just 5% of UK pension investment portfolios were held in domestic equities in 2018, down from more than a quarter a decade ago.

Meanwhile, over the past year, schemes increased their allocations index-linked bonds – 44.5% to 47.1% – and turned away from regular corporate debt markets – 31.4% to 28.8%. Overall fixed income holdings made up just under 60% of aggregate portfolios.

McKinnon said pension schemes held on aggregate a 7% allocation to hedge funds in their portfolios this year, compared to a 1% holding across the universe in 2006.

Over the 12 months to the end of June 2018, the PPF said there had been £22bn worth of risk-transfer deals, including longevity swaps, buyouts and buy-ins, up from £16bn the previous year, “but nevertheless a relatively small amount in the context of the whole universe of schemes”.