By becoming part of Caceis – custodian of €2.6trn of assets and with €1.7trn under administration – KAS Bank expected to achieve the level of scale expected by its clients, said Sikko van Katwijk, the firm’s chief executive.

In a joint press release, Caceis – whose clients are largely investment funds – stated that KAS Bank would aim to become the worldwide “centre of excellence” for pension funds.

KAS Bank has €388bn in custody and under administration in total, and has been expanding its business into the UK in recent years.

“Clients have developed a preference for large players with large balance sheets, as they want security in part triggered by stricter supervision,” Van Katwijk said. “They take into account, for example, the long-term perspectives of their outsourcing partners.” 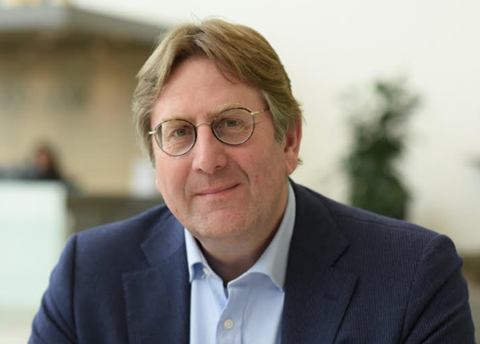 According to the CEO, KAS Bank’s efforts to compensate for its smaller scale through added service offerings hadn’t had as much impact as the company had initially hoped.

With more than one hundred pension fund clients, Amsterdam-based KAS Bank is market leader in numbers but not in assets – its funds under custody and administration dropped 20% last year.

The five largest Dutch pension funds use much larger, and usually American, players, such as Citibank, State Street and BNY Mellon.

A spokesman attributed KAS Bank’s decreasing assets to the consolidation process among Dutch pension funds, noting that “on balance, we have been on the wrong side of the line”.

Although the custodian declined to cite examples of departing clients, it lost Delta Lloyd as customer with €70bn of assets when it was taken over by NN Investment Partners last year.

The shrinking asset base caused KAS Bank’s profit for 2018 to almost halve to €8m.

Van Katwijk said that, after the takeover, the custodian would be able to offer better security and improved services, in particular for investment administration and reporting.

Caceis – part of the Credit Agricole group – had significant expertise in handling private equity and property, he added, whereas KAS Bank was unable to offer “new and complex” investment administration for alternatives.

According to the CEO, Caceis could also provide more capital to invest in reporting for Dutch clients, including new risk reporting requirements brought in by the European pensions directive IORP II.

The French custodian has also promised that Van Katwijk would remain CEO, and that it would try to avoid forced redundancies.

However, the name KAS Bank is likely to disappear. Van Katwijk said: “If we are to achieve benefits of scale under Caceis, it would be logical that this would happen under its name.”