EIOPA – which stress tested 140 defined benefit (DB) funds and 64 defined contribution (DC) funds in 17 markets across the European Economic Area – identified a number of areas in need of pension fund and regulatory attention.

It concluded, for example, that DB funds would need to double sponsor support and benefit cuts to offset the impact of its two main scenarios.

These scenarios predict steep deficit increases arising from a “demand shock”, leading to a drop in equity markets, or a broad decline in asset prices coinciding with a commodities supply shock.

It found that IORPs were better able to deal with a sudden 20% decrease in mortality, noting that while the impact was not negligible, fallout was “relatively limited” when compared with the impact of its market scenarios.

Additionally, it found that low-return scenarios had more of an impact on young DC members’ replacement ratios than longevity increases.

Looking in detail at the impact of the market scenarios on DB funds, EIOPA found that its first scenario would depress private equity and hedge fund markets, while impacting unlisted infrastructure projects.

“In turn,” EIOPA added, “market-based inflation expectations over the short to medium term would continue to fall, while the expected timing of the return of inflation to central bank targets would remain unchanged.”

It said its second scenario would have a greater effect on deficits, citing the “sharp” increase in inflation stemming from higher oil prices and associated import prices following a depreciation of the euro against the US dollar.

“Both scenarios would impact IORPs in two ways,” it added, noting the large share of equity and property holdings across the pension investment universe. 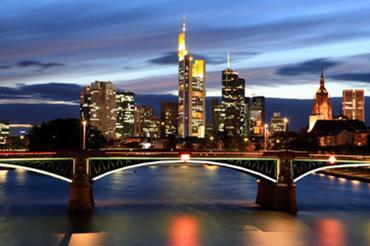 “This makes them vulnerable to a situation in which prices and interest rates decrease at the same time.

“Second, a further decrease in interest rates would also directly lead to an increase in the technical provisions and thereby worsen the solvency position of an IORP even further.”

However, EIOPA conceded that the likelihood of either scenario materialising was “small”, and that is designed the scenarios to be severe in a historical context.

The scenarios for DC funds examined the risk of two asset price shocks, two low-return scenarios and an increase in longevity and their impact on a fund member’s replacement rate.

EIOPA said the impact on replacement rates was “most severe” where low interest rates were combined with higher inflation, due to the impact of a member’s future purchasing power.

The supervisor also questioned the ability of DC funds to hedge, noting that matching the duration of fixed income holdings to a fund’s life cycle would “not always be successful”.

It said the asset price shock scenario assumed strong increases in credit spreads of government corporate bonds, which were above the decline in the risk-free rate – reducing the effectiveness of hedging.

“Similar conclusions can be drawn for (the few) IORPs that hedge inflation risk through inflation-linked bonds,” it added.

“Such strategies are designed to work when real yields move in line with real risk-free rates, but a sudden rise in the credit spreads on inflation-linked bonds will reduce its effectiveness.”

The supervisor also concluded that the direct links between the pension sector and other financial institutions were limited, reducing the risk of IORPs transmitting financial shocks.

“However,” it added, “the extent to which IORPs may act as stabilisers of markets depends on their investment behaviour.”

EIOPA warned, for example, that while most of the 224 pension funds participating the stress test were buy-and-hold investors, that mentality did not apply to the sector as a whole.

“Those IORPs that represent the majority of pension assets expect to rebalance allocations to assets that have suffered the steepest price falls, most notably listed equities,” it said.

“Hence, as sellers of government and corporate bonds and buyers of non-fixed income assets, they might support the stabilisation of those segments that would be hit the hardest in the adverse market scenarios.”

EIOPA also pointed out that there could be a secondary impact on the real economy from increasing DB deficits, as sponsors were asked to increase contributions.

We are not responsible for the content of external sites