EIOPA stress tests find Europe-wide deficit of up to €700bn

EIOPA has warned European pension funds against “kicking the can down the road” and unfairly burdening the younger generation after its latest stress test of the sector pointed to large deficits and potential adverse effects on the real economy.

In its second stress test of 195 European occupational pension funds – IORPs, in EU regulatory parlance – from 20 countries, the supervisory authority found that providers of defined benefit (DB) and hybrid schemes had an aggregate deficit of around €300bn, corresponding to a funding ratio of 79%. This was on the basis of the different valuation standards used in individual countries.

On the basis of EIOPA’s “common balance sheet” – developed by EIOPA to enable comparisons and provide an EU-wide picture – the deficit deteriorated to €700bn, and the funding ratio to 38%.

In the defined contribution (DC) sector, the market value of invested assets would drop by 15% in the stress scenario, EIOPA found. If persistent, this could lead to lower pension income upon retirement.

For the first time, EIOPA’s IORP stress test sought to assess the potential impact on the real economy from shocks to the pension fund sector. 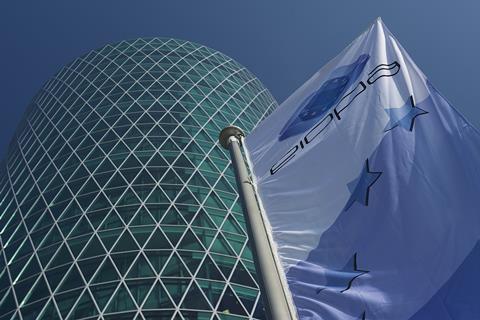 In the DB sector, the supervisory authority found that, in the modelled stress scenario, the sponsors of more than a quarter of DB and hybrid schemes might not be able to fully support their pension promises.

Their obligations could exert substantial pressure on the solvency and future profitability of the companies, EIOPA said.

EIOPA’s stress test sought to identify how European pension funds would fare under a “double-hit” triggered by a shock to EU equity markets. One of the hits was a fall in fixed income and risk asset prices. The other hit was a drop in risk-free interest rates. The scenario was severe, but not implausible, said EIOPA chairman Gabriel Bernardino.

For a quarter of the pension funds captured by the stress test, the value of sponsor contributions exceeded 42% of the company’s market value in the pre-stress scenario and 66% under the adverse scenario. This was on the basis of EIOPA’s “common balance sheet”.

“Benefit reductions have similar negative effects on the real economy by reducing household income and consumption, but also resulting in lack of trust in the pensions system,” said EIOPA.

In the DC sector, it said, the short-term effect on the real economy of lower replacement rates would depend on the extent to which DC members considered projected declines in retirement income in their current decisions about consumption and saving.

EIOPA also considered the impact pension funds could have on financial stability in times of stress.

It noted that the IORP sector did not seem to impact financial stability in the same way and to the same extent as banking or insurance, but that adverse effects on sponsors and/or beneficiaries, and the potential indirect impact on the real economy, warranted taking a holistic view and considering implications for financial stability.

However, the stress test indicated that pension funds were more of a stabilising rather than destabilising force. IORPs could alleviate selling pressure during stressed market conditions because of rebalancing behaviour and the fact that many pension funds followed a buy-and-hold strategy, EIOPA said. 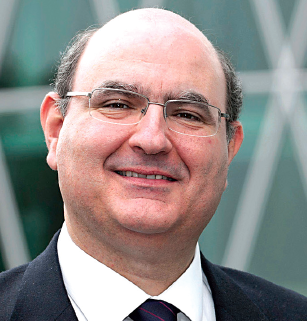 The supervisor found an absence of herding behaviour, its chairman Gabriel Bernardino said during a press conference.

However, he said it was difficult to draw firm conclusions as a substantial proportion of IORPs failed to provide information, “compromising the representativeness of the sample”.

EIOPA was aiming for a 50% coverage rate in terms of the total assets of each national IORP sector, but only managed 39%, in particular due to a lack of data from Ireland and the UK.

The supervisors in these countries mainly attributed this to them having a lack of powers to require participation in the stress test.

For EIOPA, “these inadequate supervisory powers in certain jurisdictions are one of the key findings of this exercise and may be a source of risk as national and EU authorities may not be able to assess all relevant information and vulnerabilities of the sector during adverse events,” it said.

‘Kicking the can’ not fair

If efforts to close funding gaps were put off for too long, the burden of restoring the sustainability of IORPs could fall disproportionately on younger generations, EIOPA warned. This was especially the case if investment returns fell short of expectations.

“It is therefore of paramount importance to continue assessing relevant shortfalls using market-sensitive methodologies, the feasibility of sponsor support and benefit reduction mechanisms, also further enhancing the cash flow analysis in order to gain further insights into the time element of the vulnerabilities,” said EIOPA.

Bernardino emphasised the importance of transparency, including to the public and beneficiaries. He said pension funds needed to disclose information about the sustainability of pension promises so that a dialogue with sponsors and members could take place “on a more realistic basis”.

“Transparency can only help to close the gaps,” he said.

More realistic valuations forcing action sooner rather than later was one way of dealing with the risks of funding shortfalls, he noted.

ESG aspects in next stress test

In keeping with the European Commission’s proposal for European supervisory authorities to integrate sustainability into their mandate, EIOPA said this was one of its strategic priorities for 2018.

In a statement, it said “environmental, social and governance (ESG) aspects including climate change will be of growing importance for the pensions sector and will require cautious assessment of any financial stability implications”.

Asked to elaborate on this, Bernardino told the press conference that EIOPA was focused on how the pension fund sector could contribute to a smooth transition to a lower carbon economy, and that it would be “quite attentive” to ESG obligations under the incoming IORP II Directive.

ESG aspects would likely be included in the next IORP stress tests, scheduled for 2019, according to Bernardino.