European pensions supervisor EIOPA will stick to its plan to mine data about individual pension funds, but will do so through local regulators.

Speaking at EIOPA’s congress in Frankfurt, chairman Gabriel Bernardino said that the supervisor urgently needed the same data from the pensions sector as it had already gathered from the insurance industry.

It wants to reach its goal through standardising the data supply process, getting the information on a quarterly basis about pension funds with more than €1bn of assets.

“We need the data to enable us to analyse the risks in the market,” said Bernardino, who insisted that this was a “proportional” measure.

His plan has already caused worries about additional costs among pension funds in both the UK and the Netherlands, with the Dutch Pensions Federation emphasising that EIOPA should not directly approach pension funds. 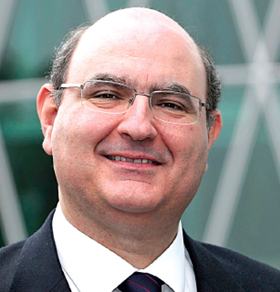 German pension fund representatives have also weighed in against the data collection plans.

However, an EIOPA spokeswoman said that this was not the plan, pointing out that the title of the consultation had already made clear “that it was about requests aimed at the local authorities”.

“This is our normal route that we also follow for stress tests,” she said. She suggested that if the local supervisor already had the data available, EIOPA’s information request wouldn’t cause an additional burden.

Bernardino said that the aim was to relieve the burden on pension funds through a single reporting mechanism, and claimed the idea had led to many positive responses.

EIOPA argued that it was entitled to request the desired data, stating: “We need this in order to do our job.”

The consultation about EIOPA’s plan was completed in October and a decision is expected at year-end or early next year.

This article has been updated to clarify the EIOPA’s spokeswoman’s quote.