The EU Council has dropped a disputed amendment to the IORP II directive, which would have allowed the European Commission to issue rules relating to how pension funds take into account environmental, social and corporate governance (ESG) risks.

In its version of the sustainable finance proposal on disclosure obligations, the Council deleted a provision to give the Commission the power to implement rules relating to ESG risks for pension funds, via so-called delegated acts.

Instead, the Council’s text refers to requirements “in accordance with” IORP II. It also introduces a provision specifically aimed at pension funds, with a new article entitled “Transparency by IORPs and insurance intermediaries”.

This links various disclosure obligations in the EU’s sustainable finance legislative proposal with a provision in the IORP II directive relating to how information should be made available to prospective and existing members and beneficiaries. 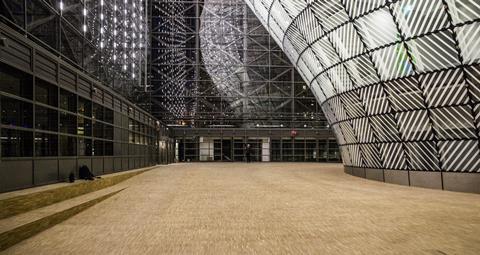 The Europa building, where EU Council meetings are held

“We believe better disclosures on sustainability considerations, without prescriptive delegated acts on how to integrate them, is meaningful progress without the regulator impinging on the role of the fiduciary,” he said.

However, the European Parliament has maintained the delegated acts provision in its version of the text – although an amendment to remove it was only narrowly defeated last month.

As well as the disclosure requirements, the Council – which represents EU national governments – yesterday announced that it had also agreed its position on the Commission’s low carbon benchmarks proposal. 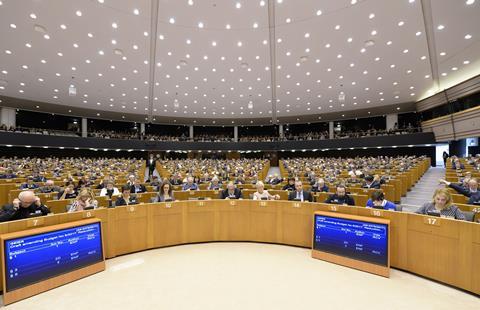 “Cutting greenhouse gas emissions requires investment,” said Hartwig Löger, minister for finance of Austria, which currently holds the Council presidency. “It is crucial that capital markets pay their fair share in channelling funding towards projects and companies that contribute to making our economy more sustainable.”

The Council’s agreement on the proposals means that so-called trilogues – negotiations between the Parliament and the Council, with the Commission acting as arbiter – can begin, as the European Parliament has already voted on its position on the two proposals.

It is up to the Council presidency, which switches from Austria to Romania in the new year, and the Parliament to decide when these negotiations will start.

European Commission vice president Valdis Dombrovskis hailed the Council’s reaching its position on the two proposals and urged a speedy agreement in the trialogues under the Romanian presidency.

Great day for #SustainableFinanceEU : congratulations to @EU2018AT for reaching agreements in @EUCouncil on our proposals for sustainable disclosures and low-carbon benchmarks. Let’s now work with @Europarl_EN to reach quick agreement in trilogues under Romanian Presidency #COP24

The texts from the Council and Parliament have differing definitions of sustainability risks.

The Council has defined a sustainability risk as “an uncertain environmental, social or governance event or condition that, if it occurs, could cause a material negative impact on the value of the investment”.

However, the Parliament’s definition includes the potential social and environmental impacts of an investment.

PensionsEurope’s Verstegen welcomed the Council’s definition in contrast to the Parliament’s.

“The Council wants pension funds to focus on long-term sustainability risk for their members, whereas the European Parliament wants to mandate schemes to incorporate externalities in investment decisions,” he said.

“The latter would be a significant departure from the current understanding of fiduciary duty and not in line with the recommendations of the High-Level Expert Group.”

ShareAction’s Choidas also highlighted that, in contrast to the Parliament, the Council had not included requirements about the integration of sustainability risks into shareholder voting and company engagement policies.

“We fought very hard to get those amendments in the disclosures regulation report at Parliament so it is a disappointment that we’re not really moving on [and] truly exploring the role that stewardship can play in the promotion of the sustainable finance agenda,” she said.

However, Choidas said it was positive that the Council had included a “do no harm” concept in its proposal.

This was the notion that an investment targeting a social benefit should not subtract from a positive environmental goal.