Members of the European Parliament have decided to allow delegated acts under IORP II in a vote on one of the Commission’s sustainable finance proposals, despite pension fund opposition.

The decision was taken as part of the vote in the parliament’s economic and monetary affairs committee (ECON) on its version of the Commission’s proposal on “disclosures relating to sustainability investments and sustainability risks”.

Paul Tang, the MEP charged with developing the parliament’s response to the Commission’s proposal, had suggested scrapping the provision for delegated acts under the EU occupational pension fund directive, but this amendment was defeated in the ECON vote earlier this week.

PensionsEurope, the EU’s main pension fund lobby group, lobbied against the delegated acts for IORP II, with groups such as aba, the German pensions association, and Eumedion, the Netherlands-based corporate governance and sustainability forum for institutional investors, also opposing the provision.

Matthies Verstegen, senior policy adviser at PensionsEurope, said delegated acts were “a prescriptive legislative tool aimed a harmonisation, which cannot take account of the diversity in the European pensions landscape”.

“Pension funds increasingly look to align their investments with the values of their members and society at large,” he said. “However, we are disappointed the amendment to remove the delegated acts in IORP II from the proposal was narrowly defeated.”

PensionsEurope is still to discuss the result of the ECON vote with its members.

The pension fund bodies also argued against changes to IORP II as the directive was still under implementation – member states have until mid-January to transpose it into national law.

The directive includes new requirements related to environmental, social and corporate governance (ESG) factors that have yet to be put into practice and evaluated.

However, Eleni Choidas, EU policy manager at ShareAction, a London-based responsible investment advocacy group, said it was “very pleased that the Commission has been empowered to adopt delegated acts on IORP II”.

“With this empowerment, the Commission has received a tall order to ensure that all pension savers have their long-term interests taken into account by their trustees, and to ensure their money is invested sustainably,” she added.

This was at least partly linked to the introduction into the legislative text of a requirement for “due diligence” and the definition of sustainability risks.

“Under the new rules,” said the European Parliament’s Socialist and Democrats group, which led the ECON vote, “investors and asset managers will be required to include [ESG] considerations in their decision-making processes and carry out due diligence on their investment decisions.” 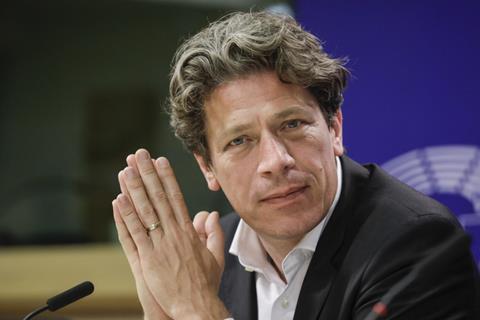 Tang added: “The report voted today strengthens the disclosure requirements of financial products, and more importantly, asks from investors to carry out a due diligence on their investment decisions.

“This means that institutions can no longer hide behind their clients to justify investment at odds with sustainability goals. Investors will now be required to avoid, mitigate, and report on the sustainability risks produced by their investment products.”

ShareAction’s Choidas said the committee’s vote “set a very high level of political ambition” for the next steps of the Commission’s sustainable finance action plan.

She added that the “evolving understanding” of the material impacts of and on investments was a “crucial component” of the committee’s text.

“We believe this regulation has set the wheels in motion for a more socially just and environmentally sustainable financial system, by proposing such an understanding of what constitutes sustainability risk,” Choidas said.

MEPs will now begin negotiations with the European Council, the body for member states, as part of what is known as the “trilogue” process.

These negotiations could begin next year, according to an EU official. She said technical work on all three of the Commission’s legislative proposals was ongoing within the Council, with the disclosure proposal the most advanced.

The objective was to reach an agreement on the Council’s negotiating position by the end of the year, she said.