Germany’s BaFin has disagreed with the EU pension supervisor’s recommendation that it make more frequent on-site inspections of occupational pension providers to assess their compliance with the prudent person rule.

The recommendation was one of 27 that the European Insurance and Occupational Pensions Authority (EIOPA) issued for national supervisors in 16 countries following a peer review of how national authorities ensured that IORPs invested their capital in the best interest of their members and beneficiaries.

EIOPA said it would assess how the “national competent authorities” (NCAs) complied with the recommended actions and “continue its work to improve supervisory practices in this area at European level”.

The recommendation addressed to BaFin about the length of its on-site inspection cycle was marked as of “high” importance.

According to EIOPA, the frequency of on-site inspections related to the prudent person rule varied significantly from national supervisor to national supervisor, depending mainly on “the applicable legal framework, the pension landscape in a country and NCA resources”. 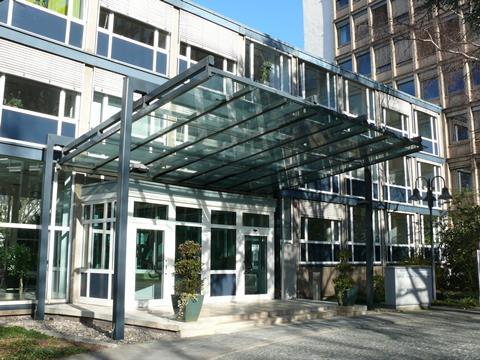 However, the average was every three to six years and EIOPA considered that “a lack of or low frequency of on-site inspections constitutes a shortcoming in existing supervisory processes”.

BaFin availed itself of national authorities’ right to submit a written statement where they have “strong objections” to a recommended action or finding.

In its statement, which was included in EIOPA’s report, the supervisor said it considered it appropriate to stick to its current audit cycle, as this was compensated by a range of “risk reduction mechanisms”.

These included the existence of additional qualitative and quantitative rules about investment by Pensionsfonds and Pensionskassen, and a comprehensive reporting system – already in place for the latter and in the works for the former.

BaFin also noted that Germany, “unlike most other EU member states”, had granted insurance claims absolute precedence over any other claim with respect to assets representing the technical provisions, rather than “just” granting them a special rank.

The supervisor also emphasised that information gained from IORPs’ risk management and internal audit processes were “very important for the supervisors” and that the knowledge of IORP employees entrusted with these processes and tasks was “often the starting point for further auditing on the part of the supervisors”.

These related to the use of thematic reviews, the use of risk scoring models, stress tests, the monitoring of costs, reporting, and financial education.

The NCAs identified as implementing at least one identified best practice were the FSMA in Belgium, Covip in Italy, Luxembourg’s CSSF, the Dutch supervisor DNB, and the ASF in Portugal.

EIOPA said it was of the view that “initiatives to include more qualitative elements in supervision” should be facilitated, as well as “combining qualitative and quantitative elements and to move from purely compliance-based towards a more risk-based and forward-looking approach”.

The reference period of the peer review was 2014-2016 under the IORP Directive, but EIOPA said the analysis was valid following the introduction of the IORP II Directive as it did not substantially alter the prudent person rule.

EIOPA’s report can be found here.