Global asset managers oversaw €90.7trn of assets at the end of 2020, according to IPE’s 2021 asset management study, which for the first time includes some of the largest Chinese asset managers.

After recouping the losses suffered during the March 2020 market crash, the largest global managers, excluding Chinese firms, saw their assets increase from €81.1trn to €85.1trn during the year, representing a 4.9% increase.

The rate of growth was significantly lower compared with 2019, when assets grew by 22.1%.

The ranking of the top 10 global managers was almost unchanged from last year. BlackRock retained the top spot with €7.1trn of AUM, with Vanguard, Fidelity, SSGA, Capital Group and JPMAM also keeping their positions. 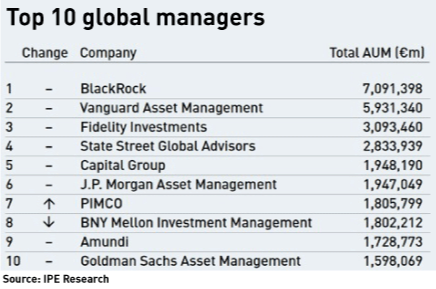 The Top 10 ranking of the largest managers of European institutional assets also saw little change. The first six places were unchanged, with BlackRock topping the list again with €1.2trn of assets. 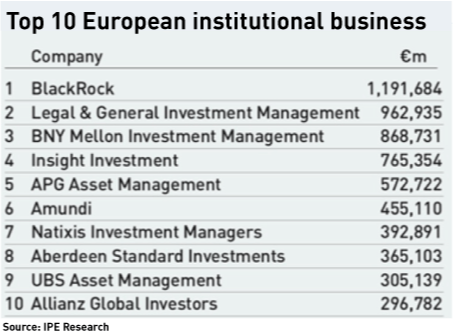 For the first time, this year’s Top 500 Asset Managers study includes Chinese asset managers, to reflect the rising influence of China as an asset management market. 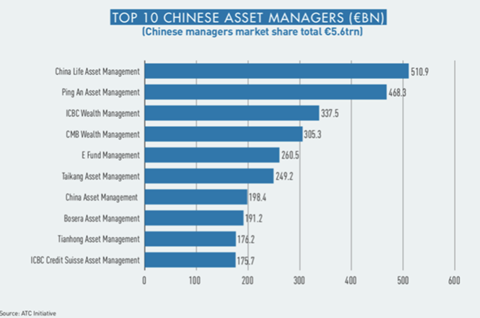 The Chinese managers surveyed by ATC Initiative for IPE added €5.6trn of assets to the global aggregate, representing 6.2% of the total.

This year’s Top 500 Asset Management Study also reported a large increase in the amount of assets invested according to ESG principles. Reporting managers saw assets in this category grow by more than 30% to over €12trn.