Joseph Mariathasan: India and the US – a new special relationship?

That is the subject of a recent article in Foreign Affairs magazine by former US ambassador to India, Robert Blackwill, and Ashley Tellis, senior fellow at the Carnegie Endowment for International Peace.

Under president Donald Trump’s “America First” stance, such questions may seem irrelevant. As the authors argue, Trump has upturned the post-second world war agreement that the US would accept asymmetric burdens for its friends with the knowledge that the collective success of democratic states would serve Washington’s interests in its struggle against greater authoritarian threats.

The relationship between the two countries, and between Trump and Indian prime minister Narendra Modi, is too important and too complex to ignore.

Blackwill and Tellis argue that if the US’ aim is to turn India into a close ally, formal or otherwise, it will come to grief. Indeed, while in the 21st century India has become a strong supporter of the US-led international order, it appears to be showing no interest in an alliance with Washington.

At the corporate and academic levels, India’s relationship with the US is particularly strong, with many leading US corporations and academic institutions led by people of Indian origin. Indeed, until Trump’s clampdown on visas, large numbers of the 9,000 or so world-class engineers graduating from the renowned Indian institutes of technology emigrated to the US after taking post-graduate degrees there. 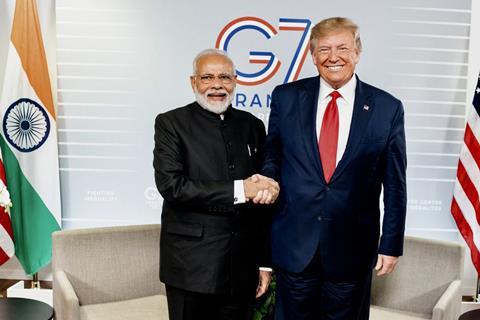 The greatest obstacle to a deeper partnership between the two countries “is wishful thinking about what it can achieve”, say Blackwill and Tellis. What Washington and New Delhi should strive for, they say, is to forge a partnership oriented toward furthering common interests without expecting an alliance of any kind.

“If New Delhi puts in the economic and political work to make itself a major power – especially at a time of growing Chinese influence – Washington’s ambition to sustain what then-national security adviser Condoleezza Rice once called ‘a balance of power that favours freedom’ will have been satisfied in Asia,” they write.

That appears to be happening. India looks to be on the cusp of structural changes despite controversies over Modi’s reforms. It may not be possible to tell whether India really has reached an inflection point in its growth trajectory, but the long-term prospects look better than they have ever been since independence.

For foreign investors as well as the domestic population that bodes well. But, say Blackwill and Tellis, the relationship between the US and India should not be driven by trade but by common foreign policy objectives.

Rather than agreeing on sanctions on Iran or Russia, the authors say this involves coping with the power of a rising China in the coming decades. As two great democracies, protecting the liberal international order remains the lodestar, they argue.

For Blackwill and Tellis, “the actions that both sides take toward that goal, both unilaterally and bilaterally, will be more than worth all the inevitable disagreements on other issues”.

Such sentiments may not be appreciated by Trump’s administration, but for liberal democracies everywhere, having an alignment of interests between the most powerful with the most populous of their group should be a cause for celebration.

India: Promising signs for the future
Recent economic reforms and structural changes have created a positive outlook for India