Euronext launched a €625m takeover bid for the Oslo Stock Exchange this month. KLP is the second-largest shareholder of the exchange with a 10% stake in Oslo Børs VP Holding.

In a statement on the pension fund’s website, Thornes said: “KLP is one of Norway’s largest asset managers, and our business is dependent on an efficient securities market.”

He said KLP owned part of the Oslo Stock Exchange because it wanted to contribute to this actively. 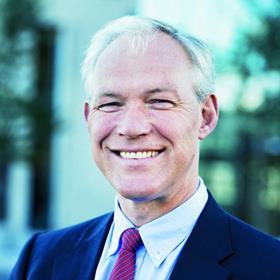 “The largest companies in Norway are also listed on other stock exchanges in the world, but for small and medium-sized Norwegian companies, the Oslo Stock Exchange is particularly important in terms of access to capital and facilitation of financial instruments,” Thornes said.

“If we have not yet decided on the bid, it is because the most important thing for KLP is not the price itself, but what Euronext as the owner can offer the business sector as users of the stock exchange.”

Thornes said he was sure the board of the Oslo Stock Exchange would assess this thoroughly and put the interests of the business community first.

KLP has heeded the call of Bente Landsnes, chief executive of the Oslo Stock Exchange, for investors to wait until the exchange’s board had made its recommendation on the bid.

The board of directors of Oslo Børs VP Holding, which owns the Oslo Stock Exchange, said it would issue its recommendation on the Euronext offer by the end of February at the latest.

It has said the acceptance period for the takeover bid would expire on 11 February.