The new British Steel Pension Scheme (BSPS) is on course to launch at the end of this month, according to an update from the trustee board.

In a statement today the trustees said the minimum size criteria – one of the main conditions for its restructuring to proceed – had been “comfortably exceeded”.

The scheme’s actuary has conducted an assessment of the proposed structure of the new BSPS and declared the funding level test had also been “comfortably met”, as of 31 January 2018.

The trustees are now awaiting approval from the Pensions Regulator (TPR) and the Pension Protection Fund (PPF) for the restructure to go ahead. If successful, the new scheme will open on 28 March.

The restructuring relates to the “regulated apportionment arrangement” finalised last year by the BSPS trustees and the sponsoring employer, Tata Steel UK.

This involved each of the scheme’s 122,000 members being given the choice of transferring to the new scheme, which provides lower indexation, or the PPF, which caps benefits for those who have yet to retire.

Following an extensive communications exercise an estimated 83,000 members opted to move to the new scheme.

Allan Johnston, chair of the new BSPS trustee board, said: “The minimum size and initial funding tests have now been met paving the way for the New British Steel Pension Scheme to go ahead on 28 March as planned.

“This is very good news for the 83,000 members who wanted to receive their benefits from the new scheme and chose to switch to it. The trustee expects to write to members in early April to welcome them to their new pension scheme.” 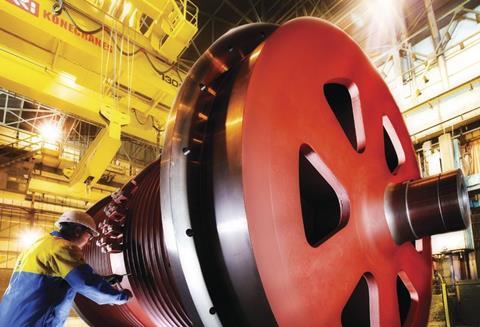