Festina, which was founded in 2014 and is headquartered in a Copenhagen suburb, already has a London office and employs around 80 people. The firm’s entry to the Dutch market has been triggered by the upcoming switch to a DC pension system, as many pension administrators take the opportunity to modernise their administration systems.

Festina is specialised in DC systems. It built the admin system for PensionDanmark, one of the country’s largest pension funds.

Festina’s Dutch subsidiary already has several employees and is led by Peter Klos, formerly an independent consultant in the pension and insurance sector.

In a sign that Festina is serious about its Dutch expansion efforts, the firm’s chief technology officer Jesper Lauritsen is also heavily involved. “He will concentrate almost entirely on the Dutch market,” according to Klos.

Over the past few years, several experts have mentioned Festina as a possible candidate to enter the Dutch market.

Festina currently has around 40 clients in Denmark, Sweden and the UK. It started its activities in the Netherlands in November 2020.

“Since then, we have been involved in a number of selection procedures for IT systems,” said Klos. He added: “Even though we are completely new, we finished in the top three each time. That gives us self-confidence. We hope to announce the name of our first client shortly.” 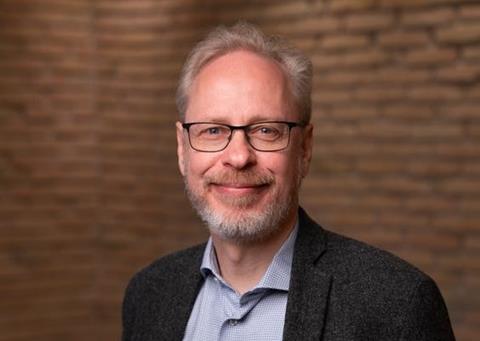 According to Klos, Festina designed the PensionDanmark system with international expansion in mind. He said: “It’s not a Danish system that needs to be tailored to the Dutch context. The system can be used anywhere because it has three levels: the first one involves processes that are prevalent in all pension arrangements. The second layer includes all the processes needed in a national context, and the third level is client-specific. Our Danish colleagues work closely together with our Dutch colleagues who know the Dutch products, regulation and client demands.”

Festina is focusing its efforts on larger pension administrators and self-administrating pension funds for now.

Festina is not the first foreign provider of admin systems to try gain a foothold in the Dutch market. Among others, Tata Consultancy Services, the German firm Lohoff and Belgium’s Conac tried to gain access to the Dutch market but with little success.

Capgemini was the only foreign entrant to win a large client mandate with Detailhandel, the pension fund for the retail industry.

“We work with a platform that has been specifically developed for the core pension fund administration and can be linked to clients’ existing systems. The specific layer for the Netherlands has been almost finished. The only thing left to develop is the client-specific layer.”