The €26bn Dutch pension fund for the retail sector (Detailhandel) has confirmed it will replace its provider TKP with ICT firm and consultancy Capgemini in 2021.

The departure of the industry-wide scheme, with 1.2 million participants and pensioners, is a blow for the Groningen-based provider and a boost for Capgemini, which has attracted its first client for pensions provision.

René Upperman, the scheme’s director, said that “the importance of technology is growing, and participants and employers have increasing expectations of our performance in this area.”

A wider choice of tech options was a rason for the appointment, he confirmed.

Upperman said the scheme expects to get direct access to participant and employer data as well, rather than through periodical reporting.

Capgemini would set up a dedicated “innovation line”, where both players would jointly test ideas for pensions provision, based on systems for client service developed by Capgemini for customers in other sectors, he added.

Upperman suggested that Capgemini had also made an attractive offer financially, but emphasised that costs hadn’t been the primary driver for Detailhandel’s switch.

“We will have a say in the set up of a new line for pensions provision based on the latest technology at Capgemini,” he said.

Earlier this year, Capgemini confirmed that it was planning a proposal for pensions administration as well, joining a wider market trend. 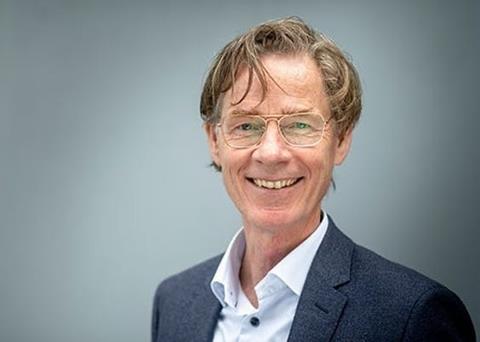 New players on the market for pensions provision include Centric and RiskCo, also firms with an ICT background.

Detailhandel had been with TKP since 2015, when it joined from Syntrus Achmea – Syntrus had to shed 100 jobs, while TKP was allowed to hire 120 new staff.

In a response, TKP said it was disappointed about the decision of the sector scheme. It said that the problem wasn’t the quality of pensions provision, but “differing views” on the subject.

It said that it would assess the impact on its organisation in the coming months, “as the departure of Detailhandel would significantly affect the deployment of people, processes as well as systems”.

TKP added that it was likely to find alternative jobs for affected staff, as its parent company, insurer Aegon, would soon place the implementation of its pension plans with the provider.

Currently, TKP is improving its digital services through a strategy called TKP Connect.

Upperman described the programme as “excellent”, but emphasised that Detailhandel “had a different view”.

TKP has also embarked on a strategic reorientation of its client portfolio, and has encouraged several smaller customers, including the pension funds of supervisor DNB and IBM Netherlands, to seek an alternative provider.

TKP stated that the departure of Detailhandel wouldn’t change this approach.