Clara-Pensions, a consolidator for defined benefit pension schemes in the UK, has appointed Kempen Capital Management to implement a low risk investment strategy targeting a secure journey to an insured buy-out.

The strategy is to be implemented on behalf of both the Clara pension scheme and Clara’s funded covenant.

Clara said the appointment underscored its readiness to conduct its first transactions and welcome its members once it completes regulatory assessment. No so-called “superfund” has yet been authorised by The Pensions Regulator (TPR), which last year launched an interim regime for the vehicles in the absence of a legislative framework.

As such, the Clara appointment does not yet spell a boost in assets under management for Kempen, but Andre Keijsers, managing director UK at the fiduciary manager, told IPE that in the medium term it is expecting the mandate to be “substantial”.

“With nearly 4,000 pension funds above £10m (€12m) in the UK there is a very substantial opportunity set,” he said. “Subject to regulatory approval being received, once a couple of pension funds take the step, and we saw that in the Netherlands, things will start accelerating.” 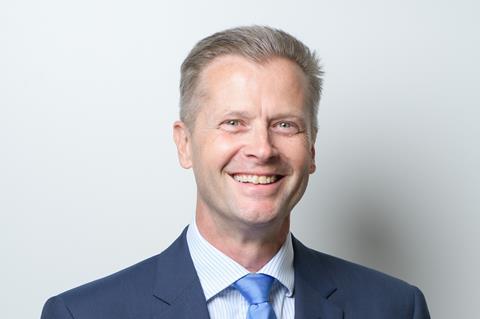 He gave the example of HNPF in the Netherlands, a consolidator served by Kempen that now manages more than €5bn, coming from a “standing start” some four years ago.

He said a lot of work had already been done on the investment strategy and that this was an important part of selection process, with the “tyres well and truly kicked” by Clara.

No further information was made available about the investment strategy, other than that the approach would be low risk, seeking to match assets to liabilities to ensure a smooth journey to buy-out.

Frank Oldham, on behalf of Independent Trustee Services, a director of the Clara Pension Trustee, who led the appointment process, said a number of providers had delivered impressive pitches during a robust and challenging selection process, but Kempen “clearly demonstrated their understanding of what Clara is seeking to achieve and how they could support us”.

Adam Saron, CEO of Clara-Pensions, said the consolidator was particularly impressed by Kempen’s ESG credentials, and that their experience of Dutch consolidation would also be valuable.

“A consolidator’s covenant is a combination of its capital and its investment strategy,” he said. “Kempen’s scale and expertise will support our investment decision-making but also provide additional governance and independence in investment implementation.”

The selection process was supported by LCP partners Dan Mikulskis and Rob Guthrie.

Consultants at LCP have interpreted recent documents and statements from TPR as suggesting that progress on primary legislation may be made sooner than expected. One of the statements they pointed to was the regulator in its corporate plan saying it anticipated a legislative framework for superfunds being introduced from 2022-23.

They also said the government was due to respond to its own consultation on DB consolidation from December 2018 and this document was widely expected before the summer.

”This will require remaining differences within government to be resolved over the future direction of superfund policy,” the consultancy said.