A new government-backed group focussed on empowering shareholder voting based on pension scheme’s wishes has been established.

Guy Opperman, the UK minister for pensions and financial inclusion, announced the development in a speech during a webinar hosted by the Association of Member-Nominated Trustees (AMNT), which called for such a working group in a report earlier this month. Opperman had backed the idea at the time.

AMNT has been campaigning for an end to the practice whereby pension schemes invested in pooled funds typically do not have voting policies, where these exist, implemented by asset managers.

In his speech yesterday, Opperman referred to the new group as the “taskforce on pension scheme voting implementation” and said it would be “a task and finish group with a focussed remit to look at how we facilitate the delivery of solutions to voting system issues which overcome the present obstacles to trustees implementing their own policies”.

The group will also be tasked with “increasing the number of asset managers who are prepared to engage with their clients’ preferences”, and recommending regulatory and non-regulatory measures “to ensure the convergence of asset managers’ approaches to voting policy, and execution with trustees’ policies”.

In his speech, he also said he had asked the group to “support and advise on the development of voting policies for occupational pension schemes,” and “further proposals for better disclosures of votes in a standardised and comparable way which allows trustees and ultimately savers to see the quality of the service they are getting”. 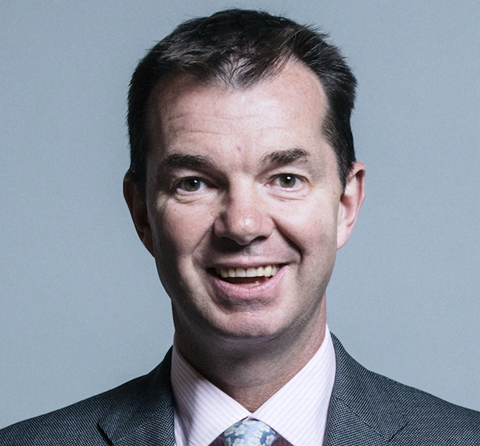 He said he would be taking forward recommendations of a central directory of pension schemes’ statements of investment principles (SIPs), supported by the pensions regulator and the Department for Work and Pensions (DWP). Such a directory had been called for by the UK’s Sustainable Investment Forum (UKSIF) in a report scrutinising pension schemes’ policies on ESG issues.

Trustee voting policies did need to improve, Opperman said, “but I see no reason why trustees shouldn’t be able to determine their own high level policies – on areas such as climate risk management, diversity, or pay – and find an asset manager to implement it,” said Opperman.

“But we will get more engagement, better stewardship, better outcomes, and a stronger economy where asset owners who want to have a voice are able to speak up – however they invest, including in pooled funds – rather than be suppressed,” the minister added.

”It should not necessarily be the case that they need to switch to segregated mandates to set such a policy.”

Both Howard and Wilson, said Opperman, come with “a long pedigree”. Wilson was this year awarded the “Excellence in Corporate Governance Award” by international corporate governance group ICGN.

The working group’s full membership and exact terms of reference will be published in due course, although Opperman said it would include representatives of the AMNT. Opperman said the group would be supported by the DWP but independent of it.

Janice Turner, co-chair of the AMNT, said Howard’s and Wilson’s appointment “demonstrates just how seriously the Minister wants to see a resolution to the current situation”.

“The taskforce has been asked to recommend ‘regulatory and non-regulatory measures’ to solve this issue, so it will have real teeth,” she added.

“The current situation, where trustees are disenfranchised as fund managers ignore their wishes and frequently take weak or contrary positions cannot continue. It is not right, it is not fair and it is in conflict with the regulatory requirements placed upon trustees.”

In its recent report the AMNT said the barriers to split voting in pooled funds were not insurmountable, with Turner yesterday saying the association was “confident that by working together on the taskforce we should be able to reach a more equitable position for all”.