Norges Bank Investment Management (NBIM), which manages the NOK8.4trn Government Pension Fund Global (GPFG), had made the recommendation in November in a bid to reduce the Norwegian government’s overall financial exposure to oil and gas.

However, responding at the end of April to a request from the Norwegian Finance Ministry for more information, Øystein Olsen, chairman of Norges Bank, and Yngve Slyngstad, chief executive of NBIM, wrote: “We have not assessed the impact of the advice in our letter of 14 November 2017 against other instruments that might be used to reduce the vulnerability of the Norwegian economy to a permanent drop in oil prices.”

Slyngstad and Olsen raised the possibility that even though Norway’s wealth could be less vulnerable to permanent changes in oil prices were the fund not invested in oil and gas stocks, the government could use “other instruments” to achieve the same end. However, such an assessment fell outside Norges Bank’s role.

In addition, index providers’ classification of individual companies did not necessarily capture the full breadth of their activities, the pair said. For example, a firm classified as an integrated oil and gas company could in fact do much more business in alternative energy than a pure alternative energy company. 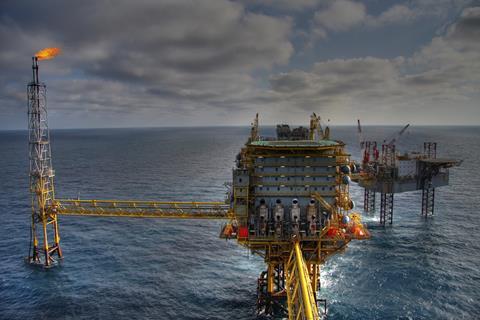 They echoed a Ministry report that said it could not be ruled out that today’s petroleum producers might also be tomorrow’s most important producers of renewable energy.

“By keeping oil and gas companies in the investment universe, the Ministry will make it possible for the fund to continue to be invested in these companies,” Slyngstad and Olsen wrote.

They said this would be relevant first and foremost when it came to the fund’s environment-related mandates.

NBIM also said that alternative energy stocks could be kept in the GPFG’s benchmark index even if it eventually removes oil and gas producers and distributors.

The initial proposal to remove oil and gas stocks included cutting alternative energy providers due to the way its benchmark index classifies companies.

At the moment, oil and gas stocks in the index are split into three sectors: oil and gas producers, oil services and distribution, and alternative energy.

The manager found that – as opposed to the first two sectors – for alternative energy companies, there was no relationship between oil prices and returns relative to the broad equity market.

“The Ministry could therefore consider retaining companies classified by FTSE as alternative energy companies in both the benchmark index and the investment universe,” NBIM said in the letter.