The £3bn (€3.5bn) North Yorkshire Pension Fund (NYPF) has launched a tender for an insurance-linked securities (ILS) mandate in connection with an “urgent” review of its investment portfolio.

The local government pension scheme (LGPS) said it was carrying out the review in light of interest rate fluctuations and “performance of some of its fund managers”.

“This has proven to be more turbulent as the UK conducts its Brexit negotiations and the Pension Fund Committee wishes to mitigate the risks associated with this at short notice,” it said in a tender notice.

The fund would like to introduce some new lower-risk asset classes to its portfolio to remove some of the exposure to these risks, it added.

It also said it wanted to reduce its overall exposure to equities following a recent material improvement in the fund’s solvency level.

NYPF said it was considering introducing one or more ILS mandates in this context, noting that the returns from ILS depend on underlying risks that are ”very different from those of traditional assets”.

“This facet is unique,” it said. “Allocating to ILS therefore helps in building a more robust overall portfolio with a strong risk/return profile.” 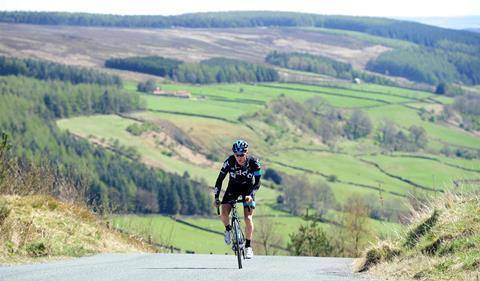 The pension fund wants to start mitigating risks as soon as possible, and said it needed to be in position to start investing in ILS by June.

This was because ILS “can only be accessed twice a year” and the next intake was in June.

The pension fund was planning to allocate 3.3%-5% of total assets to the ILS mandate(s), according to the tender, which would be equivalent to around £110m-£165m.

The fund indicated it would cut back its equity exposure to fund the shift to ILS.

As at 31 March 2017 49% of the pension fund’s assets were invested in equities, plus 8% in diversified growth funds.

Its next biggest investments were in UK public sector bonds (14%), and in pooled UK property funds (8.3%). It has a £55,000 allocation to a local private equity fund.

The pension fund is a member of the £43bn Border to Coast Pensions Partnership, which will operate the pooled investments of 12 LGPS funds.

In the beginning, investors in ILS were mainly hedge funds. Pension funds increased their participation in the market in recent years, with large Nordic and Dutch pension funds the pioneers.

Smaller pension funds, especially in Switzerland, entered the market later, although a Swiss pension fund recently noted that ILS and catastrophe bonds had become quite expensive, especially when hedged in Swiss francs.

Catastrophe bonds, or cat bonds, are a type of ILS. According to offshore law firm Appleby, figures published by the Bermuda Stock Exchange (BSX) and Artemis, an ILS data provider, 2017 was a record year for cat bond issuance ($12.6bn/€12.2bn), with ILS listings on the BSX also reaching a high of almost $26bn.