UK pension schemes are well-prepared for the potential impact of Brexit, the country’s main pension trade body has said on the basis of its latest survey on the topic.

The Pensions and Lifetime Savings Association (PLSA) today said that over half (55%) of the pension schemes responding to its latest survey had now taken specific action to mitigate risks associated with the UK’s departure from the EU. A similar survey carried out a year ago found that just 28% had done so by then.

The latest survey indicated a considerable increase in the share of workplace pension fund trustee boards that had discussed the potential impact of Brexit on their scheme: 88% of respondents, up from 63% in 2018.

Other results were that 63% of those surveyed have formally assessed Brexit risks, up from 26% in the preivous survey, and 75% have discussed the potential impact on their sponsoring employer, compared with 61% previously.

The survey was carried out between the end of August and the beginning of September and covered 71 pension schemes, both defined benefit and defined contribution funds.

Last year, 45% of pension schemes surveyed thought Brexit would have a negative impact on the value of their assets while this year the figure had fallen to 33%.

According to the PLSA research, the top six actions pension schemes surveyed have taken to mitigate Brexit risks are:

But pension managers and trustees expressed some concerns about how Brexit could affect their sponsoring employer’s ability to support the scheme, with 45% saying that leaving the EU will have a negative impact on their employer covenant.

One in five schemes (20%) said Brexit would result in additional administrative costs and complexity for their schemes, although 43% were more relaxed, disagreeing that costs would be affected. 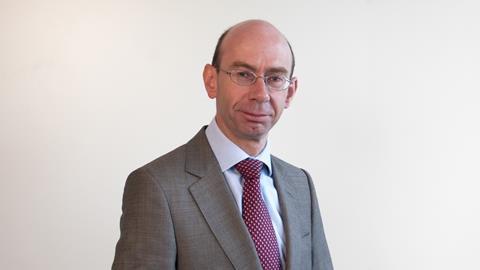 James Walsh, head of member engagement, PLSA, said: “Our survey shows pension schemes have given a great deal of thought to the impact of Brexit on their operations and are well prepared.

“When we talk to our members, [their views] mostly cluster around how much they think Brexit is likely to impact their sponsoring employer, rather than the operations of the scheme itself.”

Walsh explained that this varied markedly, depending on the nature of the business.

He said: “For example, some pension schemes with sponsors in the retail sector are worried that hold-ups at the ports could disrupt business and weaken the company, but others tell us their sponsors are confident that their supply chains will remain robust or that their business is entirely based in the UK and will remain stable.”