Swiss pension funds’ allocation to alternative assets has reached double digits for the first time, according to a study by consultancy Complementa.

Investments in insurance-linked securities, private debt and infrastructure were behind the growth in alternatives to 10%, the consultancy reported.

Pension funds had turned to these asset classes as substitutes for bonds in response to the low interest rate environment, it said.

The consultancy surveyed 437 pension providers with CHF649bn (€589bn) in assets under management in aggregate for what was its 25th annual “risk check-up” study.

It found that real estate allocations amounted to 20%, the highest level in more than 20 years – “concrete gold” continued to appeal, said Complementa.

Pension funds’ domestic bias in this asset class remained high compared with their equity and fixed income investments, with 85% of property investments in Switzerland.

Foreign currency exposure was at a historical low of 14.6%.

As indicated by interim results from the consultancy’s study in May, Swiss pension funds had recovered from the effect of the equity downturn in the final quarter of 2018. 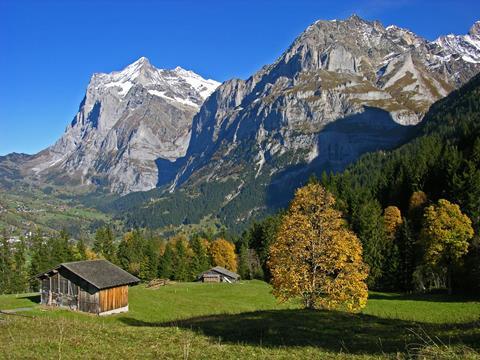 One in 10 Swiss pension funds are underfunded, according to Complementa

The full results of Complementa’s study showed that the surveyed pension providers’ investments returned an average 7.9% over the first eight months of the year. Funding levels shot up by 6.4% to 109.1% at the end of August, compared with the beginning of 2019. The discount rate in 2018 was 2.1% as at the end of December.

However, with the fall in rates over the past few months, Complementa forecast returns of only 2.1% for the full year of 2019 based on pension funds’ current asset mix, compared with a long-term return requirement of 2.4%.

The scope for closing this gap with the help of changes to the asset mix was limited, however, according to the consultancy. It noted that the last quarter of 2018 had led to one in 10 pension funds being underfunded.

“Even though many of these recovered in 2019, out of risk considerations they won’t be stepping up their equity allocation,” said Complementa in a statement.

Benefit cuts on the agenda

The pension funds have been cutting benefits in response to the low interest rate environment, according to the consultancy.

In 2018 the accrual rate applied to active members’ savings was 1.5%, a record low, it said. Although the pension funds might apply a higher rate this year, it would very likely fall below 1.5% in the coming years, Complementa predicted.

In other words, a pension fund member retiring in 2019 would on average be receiving 8.2% less than if s/he had retired four years ago.

According to the surveyed pension funds’ indications, the average conversion rate would fall to 5.3% by 2024, although the Complementa consultants said they expected a bigger reduction.

The article was updated to clarify that the forecast 2.4% return requirement is a long-term requirement