ABP to roll out online pension statement this autumn

Dutch civil service scheme ABP plans to roll out its online “personal pension pot” to all its active participants in average salary arrangements by the end of this year.

The statement is designed to show its members how much has been set aside for them individually, and how much their pension assets are expected to grow until their retirement date.

The pensions pot also shows how much the employer and the member have contributed to the accrued pension.

The statement also makes clear which part of the pension rights has come from the scheme’s returns on investments.

It also indicates how the current system of average pensions accrual affects future benefits for younger and older members, with pension assets set aside for younger members less than their paid-in premiums.

Last March, ABP tested the concept of the personal pensions pot on 20,000 participants. It indicated that sufficient numbers of members had responded and that they were satisfied with the set-up. 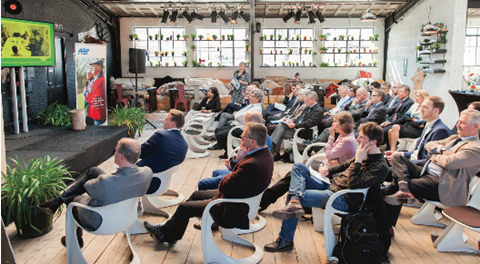 In August and September, the pension fund will inform 540,000 participants by email that their pension pot is online.

The 430,000 members who haven’t provided ABP with their email address will receive a letter with the same message in October and November.

ABP said the introduction of the pensions pot had been delayed, as it wanted to calculate the exact amounts and also wanted to formulate the answers to frequently asked questions based on participants’ actual responses.

The personal pensions pot doesn’t apply to the 40,000 military service personnel with ABP, who still have final salary arrangements.