An influential group of UK accountants has issued guidance on dealing with challenges created by the requirement to equalise legacy pension benefits for men and women in some defined benefit (DB) schemes.

The Pensions Research Accountants Group (PRAG) has been working on the impact of equalising “guaranteed minimum pension” (GMP) payments following a UK High Court ruling in October that has already had a significant impact on DB pension liabilities.

The guidance was prepared by the PRAG’s Statement of Recommended Practice (SORP) working group.

PRAG SORP chairman Kevin Clark said: “The paper sets out a practical approach for determining the need to accrue or disclose based on materiality considerations and the ability to reliably measure backdated costs. The paper also provides suggested to disclosures for the different scenarios schemes may face.”

Last October, the High Court ruled that GMP payments were subject to EU equality laws even though they were based on the UK’s state pension, which is paid out to men and women at different ages.

Although the ruling concerned DB schemes sponsored by Lloyds Banking Group, lawyers and consultants said it could affect thousands of schemes and payments going back over nearly 30 years.

It also meant that scheme sponsors were faced with the challenge of estimating a large additional DB liability in the run-up to the accounting year end.

This latest guidance means that sponsors could disclose an estimate of the likely accounting liability or a statement explaining that the issue will be addressed in a later accounting period. A number of employers have already done this.

Any assessment of the liability would be subject to a materiality assessment, the PRAG said in statement.

IPE has collected data from 165 UK DB schemes with combined liabilities of more than £507bn (€590bn). Between them, the aggregate bill for GMP equalisation stands at just under £2.3bn, or 0.45% of total liabilities.

Analysis: UK pension equality costs ‘lower than forecast’
Hymans Robertson estimates that the final bill for GMP equalisation will be far less than the estimates published last year by other consultancy groups

The researchers, drawn from Canada, Germany, Japan and the UK, proposed separating the DB and defined contribution (DC) components within a hybrid pension promise and accounting for each separately.

They also suggested that the IASB should conduct further research into accounting for guaranteed elements within hybrid plans or, alternatively, develop a free-standing measurement approach for this group of plans.

They said: “Our findings point to the need for further guidance on accounting for hybrid pension plans to better reflect their economic characteristics and reduce diversity in practice.”

The AcSB work on hybrid pension plans covers a wider range of issues than the IASB’s existing research project into pension benefits that depend on an asset return.

The IASB planned to consider the results of its research findings “in the near future”, the AcSB said in a statement.

UK parliament inquiry into the future of audit 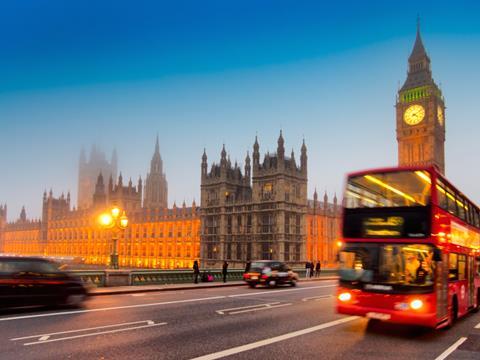 Meanwhile, the Business, Enterprise and Industrial Strategy committee (BEIS) of the UK’s lower house of parliament has issued a damning report calling on the government to break up the so-called ‘big four’ audit firms by forcing them to spin off their audit work from their consultancy businesses.

The committee’s report stated: “We are not confident in relying solely on the integrity of auditors to do the right thing in the face of conflicting interest.”

It also described the audit sector as “the route to milking the cash cow of consultancy business”.

In a statement, the UK’s audit watchdog, the Financial Reporting Council, said: “The FRC shares a number of the concerns expressed in the… report which are consistent with the evidence we submitted to its inquiry.

“Long term fundamental changes to the regulation of audit form part of the implementation programme we are developing with BEIS.”

The release of the report comes as the FRC seeks public comments on its draft corporate plan and budget for the coming year.

Among its priorities for the next 12 months is the transition from the current audit oversight regime to the new Auditing, Reporting and Governance Authority.

Alongside this transition, the FRC said it also planned to step up its work to improve audit quality, improve corporate reporting, and focus on Brexit-related issues such as EU auditor accreditation.

The consultation document also revealed that the FRC was readying itself “voluntarily to apply Freedom of Information provisions to all our work prior to formal designation as a public authority”.

The announcement could potentially cast light on the FRC’s approach to the supervision of audit firms during the 2008 financial crisis.