Analysis: Is it time to scrap quarterly reporting for listed companies?

Investors are split as to the benefits of scrapping quarterly reporting, as suggested by US president Donald Trump earlier this month.

Trump tweeted on 17 August that a “top business leader” had suggested changing US equity market rules away from mandatory quarterly results to six-month reporting, and said he had asked the US regulator to “study” the idea. He later credited outgoing PepsiCo CEO Indra Nooyi, a member of an influential “business roundtable” group, with the suggestion.

In speaking with some of the world’s top business leaders I asked what it is that would make business (jobs) even better in the U.S. “Stop quarterly reporting & go to a six month system,” said one. That would allow greater flexibility & save money. I have asked the SEC to study!

US rules require all companies listed on its stock exchanges to report quarterly financial data to the Securities and Exchange Commission (SEC).

European companies are only required to report financial data every six months, although many larger firms also give quarterly updates in line with US reporting.

In a statement to the CNBC television channel, Nooyi said: “Most [market participants] agree that a short-term-only view can inhibit long-term strategy, and thus long-term investment and value creation. 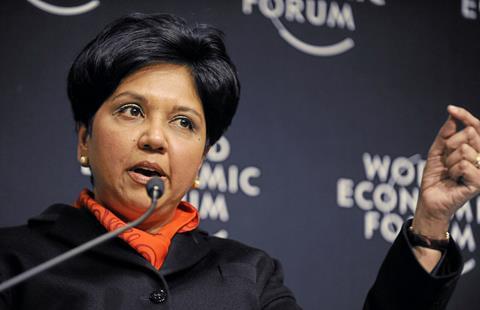 “My comments were made in that broader context and included a suggestion to explore the harmonisation of the European system and the US system of financial reporting.

“In the end, all companies have to balance short-term and long-term performance.”

UK asset management trade body the Investment Association said the proposed move to six-month reporting was a “significant and positive intervention” from Trump.

Chief executive Chris Cummings agreed with Nooyi’s sentiment that the need for firms to publish quarterly results often forced a focus on “artificial short-term timeframes” and was a distraction from longer-term objectives.

“A move away from quarterly reporting would allow companies to lift their heads up, move away from constantly focusing on short-term market expectations, and instead manage their businesses with greater focus on how to build sustainable, long-term success and invest in a way that boosts productivity,” Cummings added.

“Times without facts are times for rumours”

Nasdaq, one of the US’s leading stock exchanges, published a report last year in which it also advocated semiannual reporting. It argued that such a move would encourage long-termism while also reducing costs. Companies could update “key metrics” between reporting periods “using the tools readily available to them”. 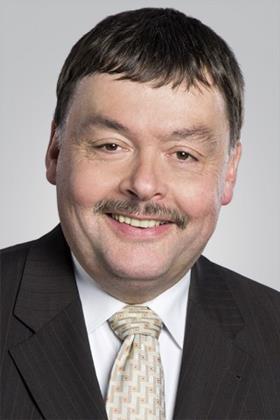 Christoph Schlienkamp, board member of DVFA and head of its corporate analysis committee, said: “It is the times between the reports in which investors become shaky. Times without facts are times for rumours.”

In a statement issued by the DVFA, Schlienkamp, an analyst at Bankhaus Lampe, a German private bank, said investors needed the most up-to-date figures on cash flows and income in order to understand significant changes affecting companies.

Schlienkamp also cited a study by researchers from the Kelley School of Business at Indiana University and the London Business School, published in January.

Authors Salman Arif and Emmanuel De George studied the reports and stock price performance of more than 9,400 companies from 29 countries between 2001 and 2012. They found that a reduced frequency of reporting “may lead investors to overreact to alternative sources of information for non-reporting periods due to the absence of own-firm earnings announcements”.

A separate study, published last year by the CFA Institute, looked into the effects of the introduction of mandatory quarterly reporting in Europe in 2007. This requirement was dropped in 2014.

It found that, in the UK after 2007, companies moved towards “more qualitative than quantitative” quarterly reports and “gave managerial guidance about future company earnings or sales”.

The researchers – Robert Pozen, Suresh Nallareddy, and Shiva Rajgopal – also reported an increase in analyst coverage and an improvement in their earnings forecasts.

By 2015, a year after mandatory quarterly reporting was abandoned, the CFA found that “less than 10%” of companies had stopped issuing the reports. There was “a general decline in the analyst coverage” of those that scrapped the reports, the researchers said.

While the authors supported keeping quarterly reports, they advocated a “streamlined” system for them based on the UK’s rules for interim management statements.

For its part, the SEC has pledged to “continue to study public company reporting requirements”.

SEC chairman Jay Clayton said in a statement responding to Trump’s tweet: “The president has highlighted a key consideration for American companies and, importantly, American investors and their families – encouraging long-term investment in our country. Many investors and market participants share this perspective on the importance of long-term investing.

“Recently, the SEC has implemented – and continues to consider – a variety of regulatory changes that encourage long-term capital formation while preserving and, in many instances, enhancing key investor protections.

“In addition, the SEC’s Division of Corporation Finance continues to study public company reporting requirements, including the frequency of reporting. As always, the SEC welcomes input from companies, investors, and other market participants as our staff considers these important matters.”