UK asset managers have reported a median pay gap between men and women of 31%, according to a report published today.

The Investment Association (IA), which represents the UK’s £7.7trn (€9trn) asset management sector, published the data ahead of the deadline for UK companies to report on the pay gap between men and women at their organisations.

The IA said a significant contributing factor to this gap was the lack of women in senior positions.

Its member survey found that only 11% of respondents reported having a female chief executive or chair of a supervisory board, while women made up 38% of total employees working in asset management.

Chris Cummings, chief executive of the IA, said: “The publication of gender pay gap figures is opening up important conversations in boardrooms around Britain about how we recruit, promote and retain a diverse talent pool. The bottom line is clear: firms with a diverse management team and pipeline make better decisions.” 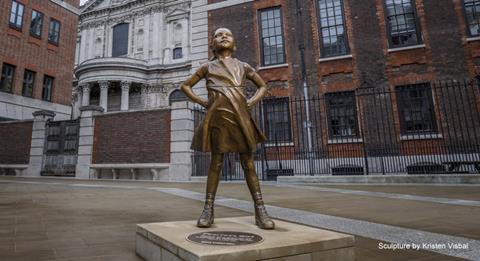 The IA’s ‘Closing the Gap’ report describes 15 projects being implemented by the industry to address the gender pay gap and diversify the sector. These are based around three core themes: attraction and recruitment, retention, and advancement.

Some plans introduced by IA members included offering support early on in womens’ careers, such as female recruitment days and gender-focused insight days. Asset managers have also introduced requirements for gender-balanced short and long lists when recruiting for a role, and name-blind CVs.

“The sobering gender pay gap figures – as opposed to unequal pay which is illegal – published for the first time last year were never going to be fixed overnight, and it will take time for the solutions that our industry [is] pursuing to bear fruit,” said Cummings.

“But it is only by investing in long-term solutions that we can hardwire diversity into the foundations of our industry and help it become more diverse, inclusive and more successful, at every level.”

The report suggested that companies should implement strategies to increase balance in pay and employment between genders, such as gender representation for new candidates and monitoring the number of applications received by gender each year.

The IA said that two thirds of members surveyed conducted equal pay audits and monitored gender related metrics, but the level of detail of these varied widely from firm to firm.

How asset managers are shaping up on gender pay gaps

Data reported by some of the UK’s largest asset managers (or their parent companies) shows positive progress on addressing the gender pay gap since the first reports last year.

* Goldman Sachs UK Limited, a separate legal entity, had a median salary gap of 19.5% in 2018, down from 20.2% a year earlier.
** 2017 data based on pre-merger Aberdeen Asset Management. Standard Life Investments reported the same figure.

The Pension Protection Fund – the UK’s lifeboat fund for defined benefit pension schemes – reported its gender pay gap in February. The median measure for salaries fell from 20.4% in 2017 to 17.2% in 2018. However, the median bonus gap increased year on year, from 24.1% to 30.6%.

Katherine Easter, chief people officer at the PPF, said the organisation was “still a long way from where we want to be”.

“This year’s results tell us that we must continue working hard to increase the pipeline of talented women in our organisation,” Easter added.

“Our gender pay gap is largely driven by the number of men in our investment team relative to women and the way specialist skills in that area are rewarded. The other main reason for the gap is that we don’t have enough women in senior roles.

“We’ve made progress on our target to have 40% female senior leaders by 2021. We’re focusing on growing our own pipeline of talent to achieve this.”