UK church investors have tightened their voting policy on key corporate governance issues ahead of the annual general meetings (AGMs) of some of the country’s largest listed companies.

The Church Investors Group (CIG) – which represents church organisations with combined investment assets of around £21bn (€24.5bn) – wrote to FTSE 350 companies earlier this month warning that it would take a tougher voting line where it deems reform on major issues to be too slow.

CIG members using the group’s common voting template will continue to hold directors to account, and refuse to re-elect directors where the company is out of line with best practice. Last year, the CIG template led participating members to withhold support from over 60% of FTSE 350 remuneration reports.

The CIG will encourage early adoption of the revised UK Governance Code, which now requires remuneration committees to take into account workforce remuneration and related policies when setting director remuneration.

CIG policy allows for votes against a whole remuneration committee where three or more of its principles are breached. 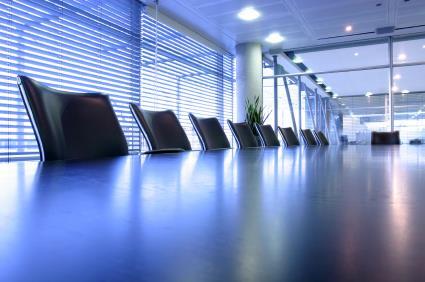 However, the group said it continued to have concerns about CEOs receiving pension payments more generous than those made to other staff, and – as last year – would not support remuneration reports where the CEO receives a pension payment of more than 30% of salary.

The CIG said it would also vote against remuneration reports of FTSE 350 companies that did not disclose the pay ratio between the CEO and average employees.

Overall, the CIG said it expected boards of companies that have experienced a vote of 20% or more against management to show a commitment to shareholder engagement and rectify areas of high concern.

Stephen Beer, CIO at the Central Finance Board of the Methodist Church and vice-chair of the CIG, said: “Despite the claims of some companies to be listening, we still see excessive executive pay schemes, many of them supported by investors. Ultimately, a business is shooting itself in the foot if it does not get this right.”

Climate change and other issues

The church investors said they would vote against chairs of companies rated level 0 or 1 by the Transition Pathway Initiative (TPI), a tool used to assess companies’ management of their carbon emissions.

The CIG also planned to vote against chairs of energy companies that did not have emissions reduction plans consistent at least with the UK’s national carbon reduction plan, introduced under the Paris Agreement.

Church Investors Group 2019 voting template further ratchets our expectations on climate change. Votes will be cast against Chairs of companies rated Level 0 or 1 by ⁦@tp_initiative ⁩ AND electricity utilities not aligned with Paris NDCs. https://t.co/jgn8gXX8i7

For the first time, corporate tax transparency featured in the CIG voting template: the investor group pledged to vote against the chairs of FTSE 350 and Russell 50 companies with a score of zero for tax transparency according to FTSE’s ESG ratings.

Voting on gender diversity within company boards has also been toughened.