The imminent prospect of the UK’s exit from the European Union is fuelling a new dynamism in the development of asset managers’ cross-border strategies, according to research from State Street.

The survey found that over half (54%) of managers surveyed were reshaping their distribution strategy and expected to increase their staffing levels in new locations in response to Brexit within the next five years. Furthermore, 64% planned to launch cross-border products over the same period.

With the end-result of Brexit negotiations still unclear, almost half (46%) of respondents believed there would be an increased fragmentation of fund regulations in Europe over the next five years.

State Street said this reflected concerns about post-Brexit divergence between European and UK approaches to capital markets and investment regulation.

This was linked to a growth in managers planning to use the UK as a domicile in the future, with 51% planning to target the UK as a future domicile of choice for product distribution, a 9% increase from today. 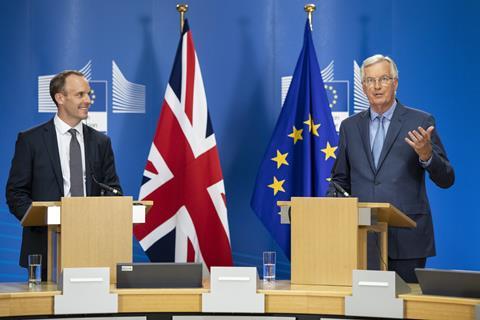 “The data shows managers realise that, whatever barriers to trade and international cooperation may grow out of ongoing geopolitical dynamics, maintaining access to global markets and investors around the world remains essential to their business models, as well as to the institutions and individuals who rely on them for their savings and investments,” said David Suetens, head of State Street in Luxembourg.

Akbar Sheriff, head of State Street Global Services in the UK, added: “We have seen an increasing number of EU 27 and internationally-based asset manager clients making enquiries about UK fund launches, and we are supporting them accordingly with their planning and due diligence.”

The survey’s findings appeared to show that, in spite of recent announcements by a number of fund managers planning to move assets out of the UK, asset flows would not be one-way traffic.

Meanwhile, the City of London Corporation has estimated that between 5,000 and 13,000 jobs could be lost in the UK financial services sector by the time the country leaves the EU on 29 March 2019. The corporation was using its latest internal tracking data.

Its previous estimates had been as high as 75,000 job losses, based on an Oliver Wyman study of 2016.