As part of the latest three-yearly valuation of the scheme, the airline has agreed to make fixed deficit contributions of £450m per year from April 2020 until March 2023, compared with £300m per year and up to £150m per year in variable contributions based on British Airways’ cash position.

Under the previous recovery plan, the fixed deficit contributions were to be made until March 2027.

On Friday the airline announced it had also agreed with the NAPS trustees an overpayment payment protection mechanism under which deficit contributions would be paid into an escrow account if funding reaches 97%, and suspended if the scheme reaches 100% funding.

Under the new overpayment protection mechanism, contributions would restart if funding subsequently fell below 100% funding and, if required, catch-up payments would be payable commensurate with the contributions forgone during the period contributions were suspended. 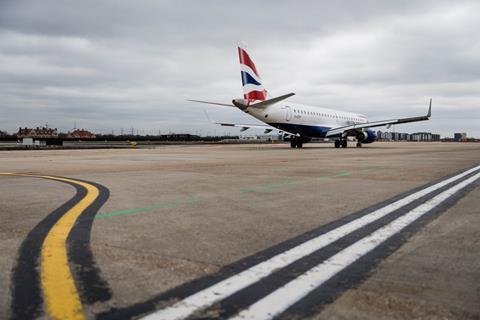 The trustees and employer also agreed that British Airways can make dividend payments to International Airlines Group (IAG), its parent, of up to 50% of pre-exceptional profit after tax, compared with 35% before.

British Airways will be allowed to pay IAG a dividend higher than the 50%, but in this situation it would either have to provide NAPS with a guarantee for 100% of the amount above 50% or 50% of that amount as an additional cash contribution.

As previously agreed, British Airways is also to make a one-off contingency payment of £250m this year.

The agreement struck by the airline and the NAPS trustees is based on a de-risking path involving a steady switch of 3% of the scheme’s investments each year from return-seeking assets to liability-matching assets.

The company said that if the funding situation improves faster than expected, half of the excess performance will be used to reduce the deficit, with the other half used to reduce volatility by accelerating de-risking.

The NAPS was closed to future accrual from 31 March 2018 and was replaced by a new defined contribution scheme.

Last year the airline and its other DB scheme agreed a £4.4bn buy-in with Legal & General. The deal, which at the time was the UK’s largest bulk annuity transaction, covered more than half of the Airways Pension Scheme’s liabilities.