The UK’s defined benefit (DB) scheme lifeboat fund grew its assets to £32bn (€35.7bn) in the 12 months to the end of March, but its funding level dropped due to a record claim.

The Pension Protection Fund (PPF) gained 5.2% during the year to 31 March 2019, it stated in its annual report. However, its reserves – which it aims to build up to prepare for taking on underfunded DB schemes – dropped from £6.7bn to £6.1bn, dragging its funding ratio down by 4.2 percentage points, to 118.6%.

The fall was caused by the Kodak Pension Plan (KPP2) entering the PPF’s assessment period. The scheme had 11,000 members and a deficit of £1.5bn, making it the biggest pension scheme to fall into the PPF since the lifeboat fund was set up in 2005.

Andy McKinnon, chief financial officer at the PPF, said: “Our reserves mean that we currently have £6.1bn over and above what we need to pay our current members and their dependants for the rest of their lives.

“We need these reserves to cover future claims, and we had anticipated the KPP2 claim. But despite having a buffer we are not complacent. Our biggest risk is the funding level of the schemes we protect and scheme deficits remain high.”

KPP2 was set up in 2013 following the bankruptcy of Eastman Kodak. The scheme bought several of Eastman Kodak’s businesses to establish a new sponsor. The PPF said this company – Kodak Alaris – remained cash generative but was unable to support the pension fund.

The PPF said it had been working with the Kodak scheme’s trustees and the Pensions Regulator to “ensure an orderly transition into PPF assessment ahead of the employer insolvency event”.

“Our two aims have been to protect stakeholders and to provide reassurance, confidence and clarity to the 11,000 scheme members who will in due course become PPF members,” the PPF stated.

“During the assessment period we will continue the work of the KPP2 trustees to dispose of the Kodak Alaris business for fair value. However should this not be achieved through the sales process, the PPF is prepared to retain ownership of all or part of Kodak Alaris.

“While KPP2 presents the largest claim on the PPF to date, we remain financially strong and able to absorb a claim of this size. This is the reason we have reserves, and it is what we are here to do.”

The PPF takes on the DB schemes of bankrupt UK companies, and currently charges a levy on eligible schemes to supplement its operating costs. It aims to become self-sufficient by 2030, which it envisages would require a 110% funding ratio. This would reduce its reliance on the industry levy.

However, the likelihood of hitting this 2030 target fell during the financial year, the 2018-19 report stated, from 91% to 89%. In March 2017, the PPF said it had a 93% chance of hitting its target. The reduction was largely caused by macro-economic assumptions, although changes to its compensation rules as the result of an EU ruling also contributed.

The annual report stated: “Like any complex modelling exercise, our projections are subject to significant uncertainty and our success ultimately depends on some influences outside of our control. Our focus as a business is to prudently manage all of the factors within our control and our main aim is to manage our balance sheet effectively.

“At this stage of our evolution, an 89% probability indicates a high level of confidence that we remain on track to meet our funding target.” 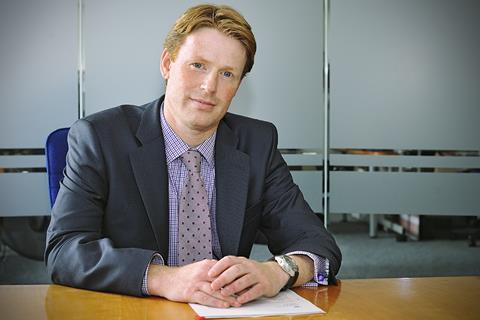 Chief executive Oliver Morley said the PPF’s insourcing programme – which has seen it bring in-house the vast majority of its investment management operations in recent years – was “nearly completed”.

“Our successful investment performance at relatively low cost is partly due to this new model,” he said.

Operating expenses – including staff costs – rose by 2.7% to £69m, but investment management costs fell by 1% to £141.8m. This was equivalent to roughly 0.4% of the PPF’s assets under management.

Morley said: “Over the coming years we will continue to provide a valuable service for our members, to maximise value for our levy payers, and to play a worthwhile role in our community as well as the industry. We expect challenging times ahead but we are confident our funding strategy is on course to see us through them.”