Short-termism in capital allocation will not be fixed without fundamental structural change, Paul Myners, the former UK City minister and author of an influential report on institutional investment in the UK, said at an FCLT Global event in London yesterday.

As per what the organisation’s acronym stands for, the event was about focusing capital on the long term, its benefits and how this can be achieved.

Myners’s intervention came during a panel discussion that had already addressed aspects such as the rise of a professional class of corporate bond members and the role of investment consultants in the investment chain. 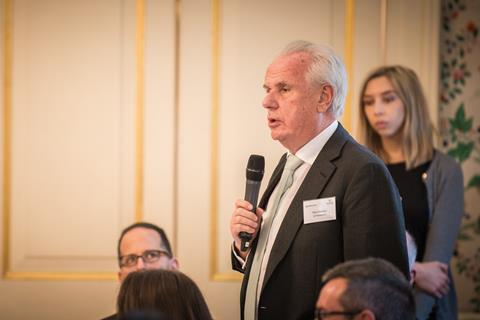 Before that, Lars Dijkstra, CIO at Kempen Capital Management, had given an asset management perspective on long-termism in equity investing, saying the main mindset change needed from asset managers was a shift to focusing “on companies not securities”.

Stefan Dunatov, CIO at Coal Pension Trustees Limited, the in-house executive for two closed defined benefit schemes worth some £20bn (€22.5bn), had earlier given an investor perspective, emphasising that in-house resourcing was “critical” but that care needed to be taken in decided what exactly should be in-sourced.

“There’s an interesting risk in the asset-owner space, which is that asset owners are creating internal asset-management functions that replicate asset managers but that don’t fully reflect the asset owners’ needs or are not aligned to their objectives,” he said. “That’s an important challenge for the asset owner industry.”

But for Myners, these and many other recommendations for solutions to short-termism would seem to amount to mere tinkering, given his call for more fundamental change.

“I fully support what you are doing here,” he said. “You’re being pragmatic, but you’re staying within the mould of the existing market structure. Nobody’s rice bowl is being placed at risk by the current way of thinking.”

He recommended thinking “more radically about whether the public company is the most appropriate model for many businesses, whether more high conviction and concentrated ownership might make more sense, whether much less turnover might be consistent with better outcomes”.

These ideas, he added, “take me in the direction of making it difficult for open-ended equity funds to be offered with immediate liquidity for an asset class that should be inherently illiquid”.

He added: “The problem is that your sponsorship doesn’t allow you to go that far, to consider the truly radical.”

Myners went on to criticise managing assets against a benchmark when this leads to fund managers taking underweight positions in securities of companies they are fundamentally not very convinced are a good investment.

“When you manage against a benchmark, you have underweight positions because a company is too big not to hold it, and yet, if you look at it in cold light, it’s entirely illogical,” he said.

“You are actually investing clients’ money in a security you believe will underperform but your conviction level is not high enough not to own it all.”

He added: “Unless we begin to address the fact fund managers are paid to invest their clients’ money in shares they think will do worse than a neutrally picked random portfolio, we will not break some of the pressures that lead to the manifestation of short-termism.

“It is almost impossible to explain to the man from Mars that you put your client’s money in a share you think is going to underperform a randomly selected portfolio, and your client pays you a fee for that.”

Kempen’s Dijkstra said benchmarks were “a very good thing” when they were invented to provide transparency but that they had now “become the goal”.

He suggested the active/passive debate was a red herring in the context of promoting long-termism and that “a new paradigm” was needed.

“We need people to take personal leadership,” he said.

Responding to Myners’s comments, Dunatov said passive investment had lowered fees, which was to be welcomed, but that it was important to ask “what is our belief system that says to us passive investing is the right thing to do”.

With regard to Myners’s point about underweight positions, Dunatov said regulation had a lot to do with this, in that it had inhibited the ability of fund managers to create long-term relationships with companies.

He questioned the assumption there should be a level playing field of public information.

Responding to Myners’s comment about FCLT Global not being able to be radical enough, Sarah Keohane Williamson, chief executive at FCLT Global, said: “We’re actually really interested in doing things that are radical.”

One of the reasons why the organisation was set up as an independent not-for-profit entity is to enable it to be radical, she said.

On the question of whether it is better for a company to be publicly or privately owned, Williamson said there was a worrying phenomenon of companies in the US wanting to stay unlisted for as long as possible.

“While that may be good for the company in question, it’s not good for our capital markets in general if the right answer is for growing companies, which are creating a great deal of value, to opt out of those markets.”