Fidelity International has changed its mind on its position on investment research fees and will now fully absorb the costs of external research.

In a statement, the asset manager made clear it would no longer apply a research charge on any client account, irrespective of investment vehicle, client type or geographic location. Managers in the EU are required to unbundle research costs under MiFID II rules brought in last month.

According to Paras Anand, chief investment officer for equities in Europe, the decision followed extensive discussions with clients and reflected Fidelity’s desire “to act continually in their best interests”.

“A key part of our initial decision to implement the research payment account (RPA) was our desire to have a model that would treat all clients equally, whether they were captured by the MiFID II regulations or not,” he said.

Anand said Fidelity’s revised approach “is aligned with our single global research platform which underpins all our equity strategies”.

According to the CIO, the overwhelming industry consensus has been to not embrace the RPA model, which in turn meant that Fidelity’s clients, in most cases, would face “disproportionate operational and reporting consequences”, were it to retain this approach.

“These client challenges and inefficiencies were not what we envisaged,” he said, “so we have decided to move to a Fidelity-funded research model effective from 3 January.” 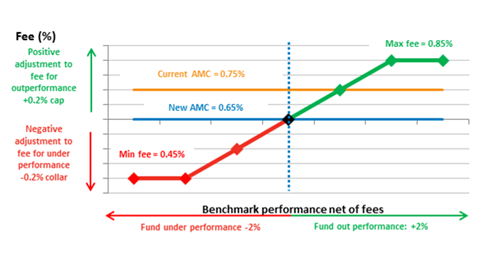 “The headline reduction in the baseline annual management fee of 0.10% for the VMF share classes, now combined with us absorbing external research costs, will make Fidelity an even more competitive and aligned proposition for clients,” Anand said.

In the opinion of the asset manager, its VMF model offered a simple, transparent pricing formula, which would align the investment manager’s fee to investment performance.

Fidelity indicated that the model was meant as an alternative to the flat rate charging structure dominating the industry, and to encourage investors to hold active strategies to account and assess performance over longer time horizons.

Anand added that Fidelity had seen a “positive response and a strong level of engagement on the VMF model” from both existing and new clients.

MiFID II, the review of the EU’s Markets in Financial Instruments Directive, aims to make the European market more transparent, efficient and safer. 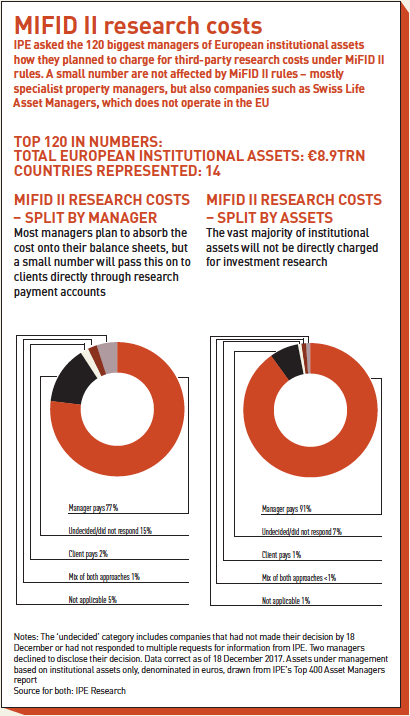 From the January edition of IPE: