Renewed calls from hundreds of major investors for governments to act to cap further global warming may this time be followed by political action, analysis has suggested.

According to Marc Hassler, sustainable investment analyst at Schroders, “a tipping point may be approaching” whereby governments no longer postpone actions to address climate change.

This was because of changes in the cost-benefit equation for addressing climate risks, which had made collective action a more attractive option.

“The costs of taking action have fallen and the benefits of addressing climate risks have become clearer,” said Hassler. “That has prompted an increasing proportion of the global population to forego self-interest and choose collaboration”.

Manifesting itself in public demonstrations such as the Fridays-For-Future strikes by school children and Extinction Rebellion protests in various European cities in April, the change could also come to be reflected in the political arena, Hassler suggested.

“In game theory, the solution to the prisoner’s dilemma framework changes when time and repetition are considered,” he said. “As costs and benefits change, collaboration becomes the optimal solution for rational actors.

“The sight of school children and older generations on the streets, demanding action, may prove the start of a snap back from the world’s political apparatus.”

Hassler’s colleague Simon Webber, a lead portfolio manager at Schroders, last week noted that the projected costs of unsubsidised wind and solar power were lower than the average wholesale power price across the European continent.

“In recent years it has been a very powerful and well-used argument for entrenched industry and various politicians to argue that tackling climate change is socially regressive,” he said.

“Yet instead of being a liberal-inspired tax on the poor (who spend a greater portion of their income on heating and energy), renewable energy is now making electrical power and electric mobility more affordable, a fact that is likely to be increasingly recognised by politicians across the political spectrum.”

The importance of this shift was being underestimated by financial markets, said Hassler.

The Schroders employees’ observations come as leaders of the world’s 20 largest economies prepare to gather in Japan on Friday for a two-day summit. 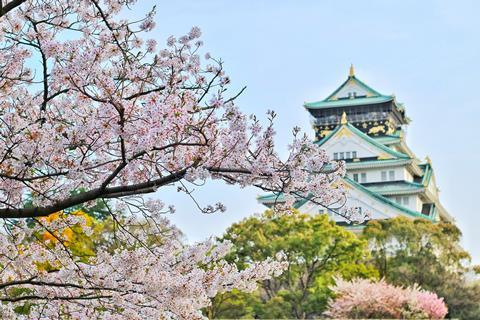 In anticipation of the meeting, a major group of investors this week issued an urgent call to action, emphasising the need for G20 governments to step up their ambition on climate change and enact strong policies by 2020 to achieve the goals of the Paris Agreement.

A record number of investors – 477, with $34trn (€29trn) in assets under management – put their name to the statement, in which they ask government leaders to achieve the Paris Agreement’s goals, accelerate private-sector investment into the low-carbon transition, and commit to improving climate-related financial reporting.

“As an investor in global markets, we are exposed to the increasing risks and opportunities that climate change presents to our portfolios, especially in Asia where the physical impacts of extreme weather events will be the harshest and of the greatest cost,” said Seiji Kawazoe, senior stewardship officer at Sumitomo Mitsui Trust Asset Management.

“To enable us to effectively invest in the necessary transition to net-zero carbon economies around the world, we have signed this statement to urge governments to take the actions needed to set us on the course to limiting global warming to 1.5°C [above pre-industrial levels].”