PensionsEurope and Efama have reacted positively to a new climate change-driven growth strategy unveiled by the European Commission this week, although they said the success of the EU sustainable finance agenda required tackling issues to do with the availability and quality of environmental and other data on investee companies.

The Commission said it covered all sectors of the economy, name-checking transport, energy, and buildings, and industries such as steel and cement.

A specific goal of the Green Deal is to make the EU climate-neutral by 2050, with the Commission pledging to present a bill by March next year to enshrine the objective into legislation. This was “to provide predictability for investors,” among other ends, it said. Other planned measures include putting forward a proposal for a carbon border tax, and a “circular economy action plan”.

The European Council has since endorsed the 2050 net-zero objective in a move that was hailed by investors.

“The broad scope of the deal – encompassing goals such as carbon neutrality, sustainable transport, a zero pollution Europe and a just transition – provides a clear framework for action from all areas of society,” she added.

Tanguy van de Werve, director general of Efama, the trade association for asset managers in Europe, said the Green Deal initiative could be a “game-changer”.

“As the voice of the asset management industry in Europe, we wholeheartedly support the European Commission in this initiative,” he added. “We are committed to playing our role as an industry in channelling the necessary funds for projects which are essential to its success.”

However, van de Werve said that for this to happen investors needed access to “robust, comparable, reliable and publicly available ESG data on investee companies”.

Asset managers and other financial institutions are facing increased disclosure obligations under various sustainable finance regulations initiated by the Commission, and Efama has been arguing its members would not be able to comply based on the current data currently available to them. 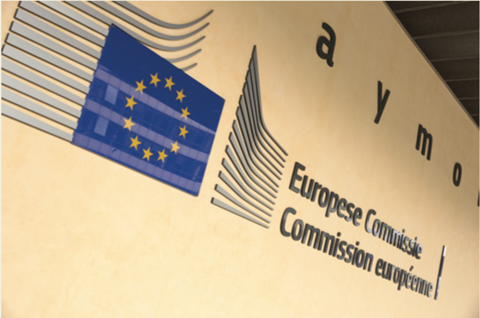 The association has been pushing for a review of the EU Non-Financial Reporting Directive (NFRD), which sets out a minimum level of environmental information that many large European companies must provide in their annual reports alongside more detailed non-binding guidelines.

There have been several indications the Commission would review the NFRD, and this was confirmed in its Green Deal announcement on Wednesday as part of renewed sustainable finance strategy to be presented in the third quarter of next year.

“The success of the sustainable finance action plan relies on the availability of quality, comparable, reliable and public ESG data on investee companies,” Aleksandra Palinska, senior regulatory policy advisor at Efama, told IPE. “The ability of the financial sector to comply with the rules is a prerequisite to make sustainable finance work.”

Matti Leppälä, secretary general of PensionsEurope, the umbrella association for national pension fund bodies in Europe, welcomed the intended sustainable finance strategy renewal and the review of the NFRD by 2020.

“Indeed, ensuring access to reliable and comparable non-financial data is a pre-requisite for the incorporation of ESG factors in investment decisions,” he said.

“The ambitious roadmap […] is a cornerstone in ensuring a transition towards a new EU growth strategy supported by investments in green technologies and sustainable solutions.”

Efama’s Palinska welcomed the Green Deal extending the focus beyond the financial sector, saying it had the potential to have a more direct, immediate contribution towards sustainability goals. 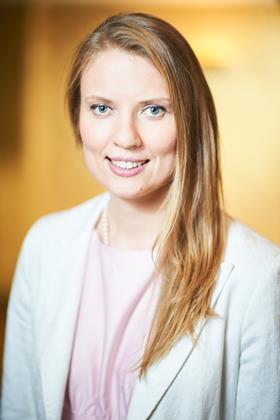 “Finance is a part of it, but until now it’s pretty much been the only solution looked at, when you really need to focus on the real economy,” she said. “It’s not only about putting in restrictions but also looking at how companies can be helped in this transition.

“This does seem to be a quite comprehensive package and we really hope that member states and the European Parliament will support the Commission in making it a reality.”

The Commission suggested the review of the NFRD was also about tackling a persistent excessive focus by many companies on short-term financial performance compared with their long-term development and sustainability aspects.

Another aspect of the renewed sustainable finance strategy would be about improving the integration of climate and environmental risks into the EU prudential framework and “assessing the suitability of the existing capital requirements for green assets,” the Commission said.

Efama’s request for a solution to the data problem facing asset managers may still be met under the Commission’s ongoing sustainable finance strategy, however.

Last week it was announced that EU negotiating teams had reached a provisional political agreement on the framework for the taxonomy – a system for classifying the greenness of economic activity – and that the deal included reporting obligations for corporates and not just asset managers and other financial institutions.

However, the deal is to be revisited after failing to get the green light at a meeting of ambassadors for EU member states on Wednesday.

According to a spokeswoman at the EU Council, the body for EU member states currently presided by Finland, the ambassadors (who meet as a group called Coreper) are to be presented with a revised text on Monday and the presidency will bring the text to the European Parliament for further negotiations. The objective is still to reach a deal on the regulation for the taxonomy framework by the end of the year, the spokeswoman added.

Efama’s Palinska said she understands there was a risk the new requirements targeting reporting by investee companies would be removed, but said there were more controversial aspects of the taxonomy.

The Council spokeswoman said the outcome of Wednesday’s Coreper discussion was that the compromise deal from last week “is not fully satisfactory and some fine-tuning is needed, most notably regarding issues relating to technological neutrality/energies in transition”.

According to Sven Giegold, a member of the Green Party in the European Parliament, France and a number of eastern European states opposed it and the UK abstained. He said national governments wanted to renegotiate with the Parliament on some points concerning the ultimate fate of nuclear power under the taxonomy.