Aligning with the values of members through responsible investment policies could provide defined contribution (DC) schemes with an extra £1.2bn (€1.4bn) in annual contributions, according to a new study.

Commissioned by US asset manager Franklin Templeton, the study explored the emotional relationship that members aged 22-38 – “Generation DC” – had towards workplace pensions and responsible investment.

With the help of artificial intelligence analysis, the study identified an “emotional experience gap” for this cohort – the first that would predominantly rely on their DC pension savings in retirement.

Responsible investment, like workplace pensions, was an emotive issue for the respondents, according to Franklin Templeton.

“The most telling figure,” it said, “was that 45% of people would be willing to make additional contributions if responsible investment was incorporated into their pension.”

More than half (51%) of respondents believed responsible investment should be built into the default investment fund. 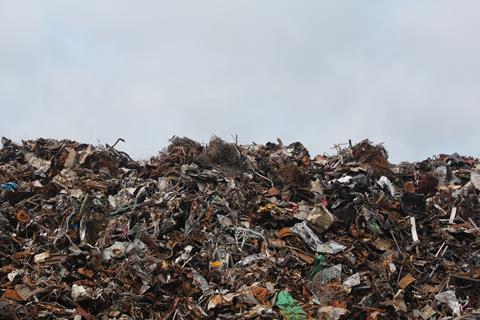 Addressing issues such as plastic waste and excess packaging could boost pension contributions, according to Franklin Templeton

Of those willing to make additional contributions, 70% would contribute an extra 1-3% of their salary per month if they knew their investments were being managed responsibly. A further 14% said they would contribute an additional 4-5% per month. These two groups combined would mean an annual boost of up to £1.2bn, Franklin Templeton said.

According to the asset manager, the survey also showed there was “clear alignment between the issues that the fund management industry is trying to tackle through responsible investment, and the issues that Generation DC cares most about”. These included climate change, animal welfare, and plastic waste and excess packaging.

From ethical screening to impact funds

David Whitehair, head of UK DC at Franklin Templeton, said: “The introduction of auto-enrolment and pension freedoms has tackled some of the structural changes required in the UK DC market while giving individuals ownership of their financial futures, but this is just the beginning. Our industry needs to stop seeing savers as statistics and better understand them as people.

“Through better aligning themselves with topics their members are passionate about, schemes can help to drive engagement and ultimately look to boost contribution rates.

“Our findings show that responsible investment could go some way towards bridging this gap.”

The advice for scheme providers was to consider how responsible investment could be incorporated into their DC investment design, in particular the default investment. Rules coming into force from next month will require UK pension funds to clearly state their approach to environmental, social and corporate governance (ESG) factors.

Franklin Templeton said it referred to responsible investment as an umbrella term to refer broadly to any investment strategy that took account of ESG factors.

According to the report, “retirement savings influencers” should include other investment options from across the responsible investment spectrum, such as impact funds.

Co-op scheme adopts ESG fund for DC default
Around £290m of £315m DC assets have been invested in “companies and bonds that score heavily when it comes to environmental, social and corporate governance performance”

Should DC schemes drop the term ‘ESG’?
DC scheme members overwhelmingly support making responsible investment the standard policy for pensions investments, but the term ‘ESG’ mostly does not resonate with them, according to a survey carried out by Invesco