In a split vote the US regulator has approved guidance about asset managers’ responsibilities when using proxy advisory firms and the rules applicable to them.

The Securities Exchange Commission (SEC) was divided along political party lines to make for a three-to-two vote in support of the regulator’s pronouncements. These included an “interpretation” noting the SEC’s view that providing voting advice was “solicitation” under federal law and subject to anti-fraud rules.

The backdrop to the SEC’s intervention is a heated debate about the role of proxy advisory firms, which institutional investors use to help them vote shares – a typical service is the provision of voting recommendations.

Critics have argued they wield too much influence, are not transparent or accountable enough, and sometimes provide low quality work.

The SEC’s output on Wednesday was “commission guidance” rather than “staff guidance”, which some commentators said meant it had greater weight. 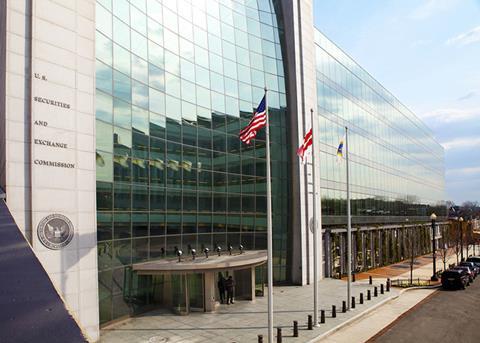 There are different interpretations of the extent to which the guidance contains new rules. Commissioner Hester Peirce, who has been critical about environmental, social and corporate governance (ESG) investing, said the regulator was “not building a new regulatory regime, but… explaining the contours of an existing one to help investment advisers and proxy advisers carry out their responsibilities”.

“Investment advisers” refers to fund managers in this context.

Commissioner Elad Roisman, who led the SEC’s work on this issue, said the regulator’s releases “reiterate the Commission’s views on the importance of investment advisers’ voting responsibly on behalf of their clients and the applicability of our proxy rules to proxy voting advice”.

According to a blog post from staff at ValueEdge Advisors, a US corporate governance advisory firm, the SEC had been under intense pressure from corporate interests, but their efforts had “almost completely failed”.

“Pretty much all the SEC did was remind proxy advisers to follow the laws already on the books,” ValueEdge Advisors wrote.

According to commissioner Allison Herren Lee, however, the regulator’s release contained “new substantive requirements – most notably increased issuer involvement in the proxy advisory firm’s process” and created “significant risks to the free and full exercise of shareholder voting rights”.

The Council of Institutional Investors (CII), a US asset owner association, said the SEC’s interpretation about the applicability of proxy solicitation rules to proxy advisers could be the first step towards a rule proposal.

“By making it clearer that the SEC sees proxy advisory firms as subject to proxy solicitation rules, this could give the SEC a stronger hook to place requirements on the firms later, which could be concerning,” it said in a statement.

Ken Bertsch, CII executive director, argued that “the commission should have put the new guidance and interpretation out for public comment”.

She added: “The whole lobby that was aimed at the SEC from the Chamber of Commerce…  you would have imagined that fund managers didn’t exist, by the way that they talked. It was all about shooting the messenger.”

Wilson said the SEC’s guidance was a sign of regulatory harmonisation, in that it reflected the requirements laid out in the revised EU Shareholder Rights Directive (SRD II).

“It’s not laid out the same way, but it captures the same issues about fiduciary responsibility, transparency, accuracy,” she said.

The timing of the SEC’s intervention was therefore helpful, according to Wilson, because asset managers operating in the EU had to revisit their policies anyway to meet new requirements.