Scotland’s local authority pension funds are a “considerable success story” and do not require major reform, according to the country’s biggest pension scheme.

The Pensions Institute has been tasked with conducting a review of the country’s Local Government Pension Scheme (LGPS), considering various ways of collaboration between its 11 funds – including a full merger.

However, the £21.5bn (€24.1bn) Strathclyde Pension Fund said in a draft response to the consultation that the more extreme proposals were not necessary as there was “no evidence to suggest that the current model is fundamentally flawed”.

It pointed out that Scottish LGPS funds were all “close to or above” full funding, which it said meant their “primary objective has been achieved”. Strathclyde was 112% funded at the end of June, its management team reported at a committee meeting this week.

“The LGPS in Scotland has for very many years been better funded than its equivalent in England and the rest of the UK,” Strathclyde’s response stated.

While the pension fund acknowledged that it faced “significant challenges in the current, difficult pensions environment” – including several highlighted by the Scottish LGPS advisory board’s report into collaboration options – it argued that these would not be solved by mergers.

“Funds will need to adapt to address these [challenges], but [they] do not stem from the current structure, and revising the structure is unlikely to be a panacea for them,” Strathclyde said.

Scotland’s local authority pension funds already collaborate on several aspects of investment and operations, including a joint tendering framework for service providers. The £6.7bn Lothian Pension Fund – the country’s second biggest public sector scheme – has an authorised internal asset management function that it shares with the schemes for Falkirk and Fife. 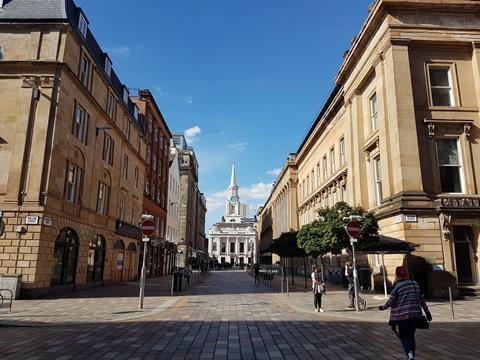 One of the main aspects of the LGPS pooling project in England and Wales was to facilitate more investment in infrastructure, at the request of government.

Infrastructure investment was a major focus of the Scottish LGPS consultation as well. In its draft response, Strathclyde said there were “no insurmountable barriers” to investment, as it had already allocated £1bn to the asset class. It was also a cornerstone investor in the Pension Infrastructure Platform, which has facilitated pension fund investment in renewable energy assets.

The scheme added: “Levels of investment in any asset class are largely determined by its attractiveness relative to other alternatives.

“For example, the feed-in-tariff regime has been instrumental in increasing institutional investment in renewable energy. [Strathclyde] has taken full advantage of this opportunity with investments of over £330m.

“Investment in infrastructure would increase if the supply of attractive opportunities increased, or the risk/return characteristics were improved.”

The scheme plans to invest up to £30m in the Beechbrook UK SME Credit II fund, which provides financing to small and medium-sized UK companies. According to the pension fund, other UK institutions, insurance companies, Scandinavian investors and the British Business Bank are all considering allocations to the fund.

In addition, Strathclyde is to allocate up to £20m to the Par Equity HealthTech Fund, which provides venture capital funding to high-growth healthcare-related companies.

The scheme gained 3.3% in the second quarter of 2018, it said, and has posted double-digit returns on an annualised basis over three and five-year time horizons.