The bulk annuity covers roughly 4,800 members of the defined benefit (DB) scheme, according to a press release from L&G, and follows a previous transaction with the same insurer completed in 2012, worth £347m.

It means the entirety of the £1.2bn Tate & Lyle Group Pension Scheme is now insured with L&G.

According to LCP, which advised the trustee board on the deal, the pension scheme had put a long-term de-risking strategy in place following the 2012 buy-in.

Clive Wellsteed, partner at LCP, said: “After identifying that the scheme could be within touching distance of full insurance in early 2019, well ahead of schedule, we worked closely with the trustees and company to navigate a hugely busy market and lock in the position with Legal & General. 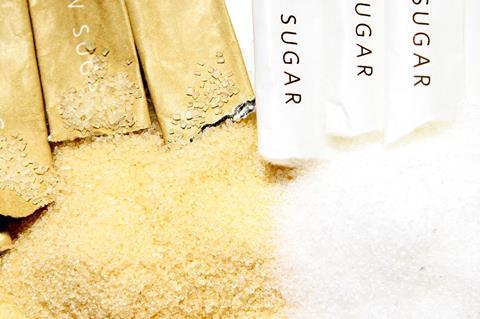 Tate & Lyle is best known for its sugar and sweetener products

“It is transactions like this that are providing unstoppable momentum in the buy-in and buyout market with over £30bn of deals since this time last year. We expect a flurry of transactions to follow in Tate & Lyle’s footsteps over the next few months.”

Michael Chatterton, a managing director at Law Debenture and chair of the scheme’s trustee board, added: “We never imagined only a couple of years ago that there would be such an opportunity on the horizon.

“It is a fantastic conclusion to the de-risking plan that LCP helped us agree six years ago with the company and provides a blueprint for other schemes working towards full insurance.”

Imran Nawaz, Tate & Lyle’s chief financial officer, said the deal would save the group £20m a year from 2021, “allowing the company to focus our future investments on delivering profitable growth”.

Meanwhile, L&G Retirement’s institutional CEO Laura Mason said the deal would allow the insurer to invest in “important areas of the UK economy such as affordable housing, renewable energy and transport”.

Macfarlanes provided legal advice to L&G, while Linklaters advised the trustee board.