Exiting the EU will give the UK greater freedom to adapt its rules to local requirements but it could lose its voice on European affairs, according to the Financial Conduct Authority (FCA).

In a 31-page impact assessment regarding the UK’s withdrawal from the EU in March next year, the FCA said the country could gain the freedom to “tailor financial services rules to ensure high standards that meet the needs of its domestic market and consumers” in the medium term.

However, it also acknowledged that any changes post-Brexit “would need to be compatible with broader international standards and take account of the type of EU-UK relationship we may have in future”.

The FCA stated that proceeding with the draft withdrawal agreement – struck between UK and EU negotiators on 14 November – was “preferable” to a ‘no-deal’ scenario. However, as part of the agreement the FCA would be barred from participating in the European Securities and Markets Authority’s (ESMA) decision-making processes.

There were dozens of pieces of legislation being discussed or developed by the EU that could affect the UK after Brexit or during the planned transition period – but the FCA would not be able to participate in discussions unless invited by ESMA.

“During the implementation period, the UK will no longer be part of EU decision-making structures, nor will it be represented in the EU institutions, agencies and bodies,” the FCA said. “Some participation may be possible, but the EU and UK have not yet agreed how this would work in practice. In our view, there is time for this issue to be resolved. 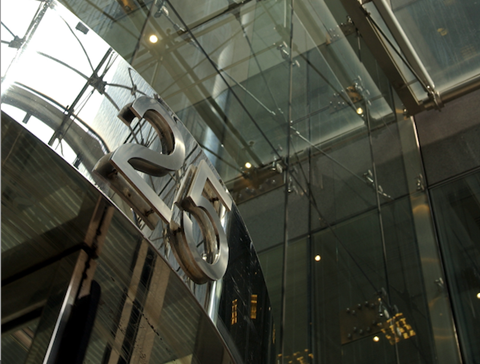 The entrance to the FCA’s headquarters in London

The UK and EU have broadly agreed to work towards a regime of ‘equivalent outcomes’, meaning that rules can differ as long as the resulting action or outcome is the same.

In its impact assessment, the FCA also highlighted “several legislative proposals” under consideration by the EU that could benefit UK companies by “increasing proportionality and reducing burdens”.

“It will be important to ensure the UK can incorporate [rule] changes in a timely way and maintain consistency with other financial centres,” the FCA said. “The government has proposed legislation that will provide a mechanism to enable it to implement certain EU proposals after exit.”

The UK regulator reiterated the need for action from EU regulators and warned there were some areas that had yet to be fully addressed at a European level, adding that “some of the cliff-edge risks are dependent on actions taken by the EU”.

In particular it said the European Commission had not made proposals for a “temporary permissions regime” for UK firms doing business in the EU.

The FCA has brought in such a regime to allow EU companies to continue to operate in the short term, while the UK government has promised to adopt a “continuity solution” to allow the orderly wind-up of EU firms if they opt to exit the UK market.

The FCA listed 23 separate legislative files that were either certain to affect the UK or could affect it during a transition period: