Asset managers and asset owners have called for UK and EU negotiators to protect the interests of savers and investors as they flesh out the detail of a Brexit agreement.

UK prime minister Theresa May last night announced the draft withdrawal agreement following what she described as a “long, detailed and impassioned debate” between cabinet ministers.

She also acknowledged there would be “difficult days ahead” – and this morning several ministers resigned in protest at the agreement, including Brexit minister Dominic Raab, Northern Ireland minister Shailesh Vara and work and pensions minister Esther McVey.

However, Chris Cummings, chief executive of the Investment Association, the trade body for UK asset managers, said the agreement was “a significant breakthrough”.

“European savers and the industries that serve them can take some comfort from the announcements today, which mitigate some of the worst feared cliff-edge effects of a ‘no deal’ Brexit and provides a clearer road ahead,” he said. 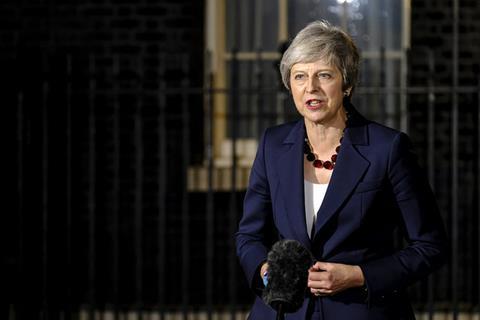 Theresa May addresses reporters on 14 November

“Although there are still important political hurdles to clear in the coming weeks, and firms will continue to keep their contingency plans under review, the details published today will give firms more clarity on the shape of the future relationship between the EU and the UK. There is still much to be negotiated but today’s announcement take us closer to a new relationship with the EU.

“All efforts must now be focused on securing a final agreement that protects the interests of European savers and investors and which allows the asset management industry to flourish.”

Speaking at an event in London today, Azad Zangana, senior European economist and strategist at Schroders, said the draft agreement marked “the end of the very beginning of Brexit” and that, if all went well, a cliff-edge “no deal” situation would be avoided.

However, he warned that this was still one of several possible outcomes from a transition period, in addition to a hard, soft, or “limbo” Brexit.

Nigel Peaple, director of policy and research at the Pensions and Lifetime Savings Association (PLSA), said: “Brexit negotiations have created a great deal of uncertainty and, provided the deal gets through parliament, we believe that it could help to provide economic stability which remains a key issue for our member schemes.

“It’s imperative that any deal agreed takes into account the interests of the pension industry, as well as savers, in order to help those entering their retirement years do so in a comfortable manner.”

The association has previously called for the government to maintain a free trade agreement for goods to support businesses and therefore pension funds.

In the political agreement published jointly by the UK and EU, the negotiators stated that they had agreed to “comprehensive arrangements creating a free trade area combining deep regulatory and customs cooperation, underpinned by provisions ensuring a level playing field for open and fair competition as described below”.

The agreement also stated there would be “zero tariffs, no fees, charges or quantitative restrictions across all goods sectors”. 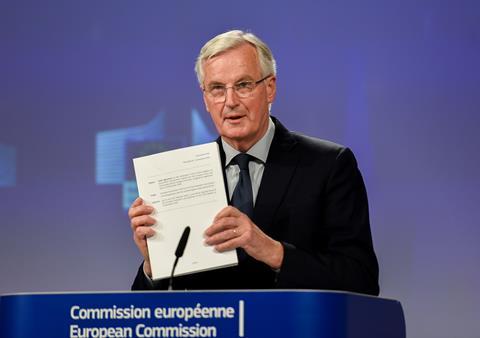 Michel Barnier presents the draft agreement to the European Commission

In a statement today, the European Union’s negotiators reiterated their mantra that “nothing is agreed until everything is agreed”.

“The EU and UK negotiators will continue their work on the political declaration on the framework for the future relationship based on the outline published today,” the statement said.

The European Council – made up of the government leaders of EU member states – will need to ratify the agreement, as will the UK parliament.