Pension funds and economists have cast doubt on the UK central bank’s ability to reverse the extraordinary monetary policy measures brought in since 2009.

Speakers at the Pensions and Lifetime Savings Association’s (PLSA) investment conference in Edinburgh last week told delegates that the Bank of England was unlikely to be able to follow the Federal Reserve’s expected path of multiple interest rate increases this year.

Megan Greene, chief economist at Manulife Asset Management, said UK government bond markets had “too much priced in” and warned that economic indicators were beginning to turn away from conditions that supported a higher base interest rate.

The Bank of England’s Monetary Policy Committee (MPC) is widely expected to raise its base interest rate from 0.5% at its next meeting in May.

Robert Waugh, CIO at the Royal Bank of Scotland Pension Scheme, added: “Interest rates are no longer driven by free markets. We can’t just analyse the economics and come to a conclusion… and, let’s be honest, the pension industry has not been particularly good at predicting interest rates anyway.

“Relying on higher long-term rates through quantitative tightening is not an answer to your pension fund questions.” 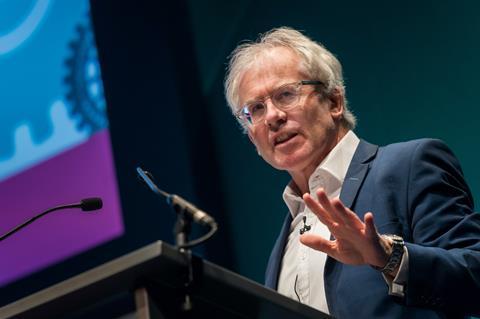 Speakers in Edinburgh also addressed quantitative easing (QE): the Bank of England has pumped £435bn (€490bn) into the economy through purchasing Gilts since 2009, with similar action taken by the European Central Bank and US Federal Reserve.

David Miles, professor of financial economics at Imperial College Business School and a former member of the MPC, said the Bank’s balance sheet would “remain very big for rather a long time, and there won’t be in a meaningful sense a complete reversal of QE”.

He highlighted that many UK banks had begun holding more reserves with the central bank since the global financial crisis – as much as £400bn, compared to roughly £25bn before the crisis.

“That’s the new normal for them – they don’t want to go back to where they were in 2007,” Miles said. “If that’s true, and I suspect it might be, the Bank of England’s balance sheet will be much bigger virtually permanently.

“What assets does the Bank want to hold against sterling liabilities that pay interest, which is what reserves are? Answer: probably Gilts.” 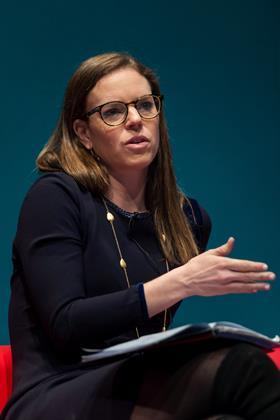 Manulife’s Greene added: “The Bank of England might stop buying things but probably won’t engage in quantitative tightening for years to come – if at all.

“There is no actual economic or financial reason to shrink your balance sheet. The Fed is doing it for political reasons: they don’t want to be under the Treasury’s thumb.”

Earlier in the conference, Marks & Spencer pension fund CIO Simon Lee highlighted interest rate increases as among the main risks faced by schemes in the near future.

While this could help reduce defined benefit (DB) liabilities, the impact on other elements of funding could be more problematic, Lee said.

“If you’ve got a bank as a sponsor a little bit of a rise in rates is probably slightly helpful,” he said. “Interest margins could expand, and a steepening yield curve could help with maturity transformation, which [could] create profitability.

“But if you’ve got a retailer as a sponsor it’s slightly more challenging because a rise in rates in a largely indebted nation tends to suppress consumer demand.”

During a panel debate on Thursday, RBS’ Waugh also argued that QE by central banks in response to the global financial crisis was not universally bad for pension funds.

The CIO said the “counterfactual” outcome without central bank intervention would have been far worse. 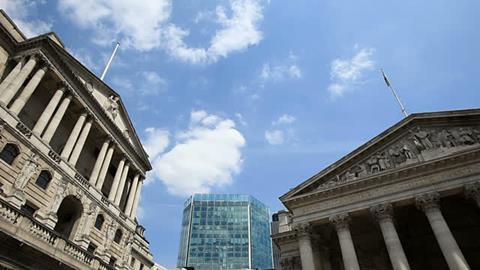 “It’s a nice story for us, to have someone else to blame,” Waugh said. “But… what if we hadn’t had QE? Suppose we’d had disinflation. Disinflation is probably the worse scenario for our pension funds – we may have had rates where they are now without the growth on the asset side of the balance sheet.”

In addition, Waugh hinted that QE had likely reduced the number of company bankruptcies and therefore the number of calls on the Pension Protection Fund (PPF), the lifeboat scheme for UK DB funds.

He said: “How many would have [entered the PPF] if we’d had a disinflationary or depression scenario in the UK? Would the PPF have been to survive that scenario?”

The RBS pension chief also challenged the perception that the Bank of England’s bond-buying programme had forced schemes to take on more risk.

“So QE has had the inverse effect,” Waugh said. “As rates have fallen our deficits have got larger, we’ve worried about our risk, we’ve had to hedge more, we’ve bought more Gilts, and we’ve forced the price down further, hence increasing our deficits.”

PPF data indicated the combined deficit of UK private sector DB pension funds was £51bn at the end of January.