2019 Outlook: Preparing for the downside, part 2

Global growth will be slower in 2019, volatility will remain on a par with 2018 but the risk of recession is low – according to some of Europe’s leading asset managers.

The first part – summarising the outlook for equity markets around the world – is available here.

The year ahead will bring challenges for managers of government bonds, credit and other fixed income asset classes, but it’s not all about quantitative easing (QE).

John Bilton, global head of multi-strategy at JPMAM, says his company has decided to “meaningfully de-risk our multi-asset portfolios – most visibly by reducing stock-bond [balance] to a small underweight for the first time in nine years”. 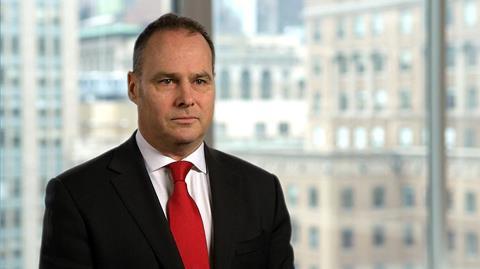 He cites a downward shift in the global economy, slowing of earnings growth expected in 2019, and tightening of monetary policy.

For fixed income managers, top of mind for 2019 is the US Federal Reserve. Nick Maroutsos, co-head of global bonds at Janus Henderson Investors, says the Fed’s interest rate decisions are the “most important” factor for fixed income this year.

“Much of what will occur in bond markets – and the economy – will be influenced by the Fed’s actions,” he says. “While some expect an even more aggressive Fed we believe that, given its history of caution, it will err on the ‘dovish’ side.

“The threat of an escalating trade war and broader prospect of slowing global growth are two factors that could necessitate a pause on rising interest rates.”

The majority of managers state that fixed income prospects are mediocre at best. At the end of 2018 the European Central Bank followed the Fed’s 2017 action and ended QE, although it will maintain the size of its balance sheet for now. Despite this, asset managers expect a gradual withdrawal of global liquidity will bring fundamental changes to yields and asset valuations.

Unigestion’s managers are bearish on all fixed income, stating: “Quantitative easing has been the perfect environment to increase risk and leverage, but as 2018 has started to show, the picture is now changing.”

State Street Global Advisors’ (SSGA) Niall O’Leary, global head of fixed income, highlights the extreme spread between the US and German 10-year yields, which towards the end of 2018 was at its widest level since the euro was introduced. He suggests that, although perhaps currently justified, this spread is unlikely to persist indefinitely.

Another pressure point for long-term bond yields is inflation expectations.

Fidelity International’s James Bateman, CIO of multi-asset, warns that the market is complacent about rising prices, with too many people believing central bank independence has tamed inflation for good.

“While our base case is for a moderate increase, the biggest problems often go unnoticed until it’s too late,” Bateman says. “Higher-than-expected inflation is one of those potential problems.” 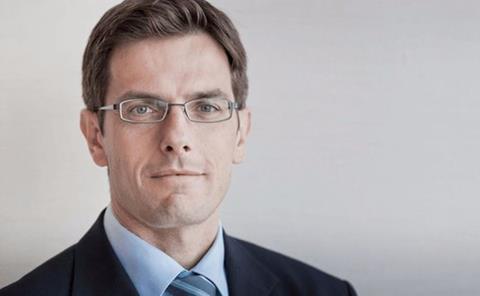 The consensus on credit is downbeat overall, but with pockets of value to be found with careful searching. SSGA’s O’Leary is rather more bullish than most, arguing that fundamentals remain constructive. He adds that the next downturn in the credit cycle does not represent an immediate threat.

BlackRock Investment Institute’s (BII) 2019 outlook report also argues that fundamentals are positive, with ample interest coverage. However, the report also points out signs of a late cycle in credit.

“Financing costs are on the rise, costs are up and companies at the low end of the investment grade spectrum (BBB-rated) have been issuing more bonds to fund share buybacks and acquisitions,” BII states. “Overall we see limited upside and asymmetric downside as the economy enters into a late cycle phase.”

Pictet’s Luca Paolini, chief strategist, is again much more cautious: “Clouds are gathering over the corporate credit market. Valuations are firmly against it, with credit ranked as the most expensive asset class in our valuation model.”

He adds a further warning: “Corporate leverage is edging up, bond issuance has been very high, the share of traditionally more short-termist retail investors is growing, and liquidity is low.”

Columbia Threadneedle’s deputy CIO Mark Burgess sums up another big fear for fixed income managers: “We continue to be concerned about the levels of debt in the world, particularly sovereign and corporate debt, with net debt to GDP in the likes of China looking increasingly unsustainable.”