The Financial Reporting Council (FRC) today unveiled a new corporate governance code for the UK that broadens the scope of governance to emphasise the importance of companies’ relationships with a wider range of stakeholders than just their shareholders.

The FRC said the revised code “puts the relationship between companies, shareholders and stakeholders at the heart of long-term sustainable growth in the UK economy”.

“It calls for companies to establish a corporate culture that is aligned with the company purpose, business strategy, promotes integrity and values diversity,” added the audit regulator.

FRC chairman Sir Win Bischoff said the new code had an “overarching theme of trust” and was “paramount in promoting transparency and integrity in business for society as a whole”.

“To make sure the UK moves with the times, the new code considers economic and social issues and will help guide the long-term success of UK businesses,” he said.

The FRC is currently subject to a government-commissioned independent review following criticism of its role in the wake of the collapse of contractor Carillion.

With a renewed focus on the application of the main principles and fewer provisions, the new code was “shorter and sharper”, the FRC said.

Specific changes included a requirement for boards to describe how they have considered the interests of stakeholders – such as their employees, customers and suppliers – when performing their duty under section 172 of the UK’s Companies Act.

Company boards should also improve engagement with their workforces through either one of or a combination of a director appointed from the workforce, a formal workforce advisory panel, or a designated non-executive director.

“The UK’s corporate governance framework is based on a system of shareholder primacy, but public opinion has shifted to focus on boards’ responsibilities towards other stakeholders including their workforce, their suppliers, and the broader community in which they operate,” wrote Paul George, executive director of corporate governance and reporting at the FRC, in a blog on the updated code.

The changes to the code tie in with the government’s introduction of secondary legislation requiring companies of a certain size to explain how their directors have complied with the section 172 requirements.

“Importantly, formulaic calculations of performance-related pay should be rejected,” said the FRC.

The new code also strengthened expectations for companies to report back when there was a significant vote against a board recommendation for a resolution at a general meeting.

David Styles, director of corporate governance at the FRC, told IPE this was “one of the weakest areas of reporting” under the outgoing code.

In an attempt to remedy this, the 2018 code stipulates that, when 20% or more of votes have been cast against a board recommendation for a resolution, companies should explain what actions they intend to take to consult shareholders to understand the reasons for this, and to provide an interim report within six months.

The Investment Association (IA), the UK’s asset management trade body, has been maintaining a public register of companies that experienced a “significant” vote – defined as 20% or more – against a resolution at a general meeting.

The IA was positive about the new code.

Andrew Ninian, director of stewardship and corporate governance at the trade body, said: “We are pleased that the code sets out the importance of boards understanding the views of all stakeholders as this will help ensure that directors are making the best long term decisions by considering the impact on all their material stakeholders.”

Combined with continued investor pressure, the expectations set out in the new code with respect to executive pay “should help to deliver changes in remuneration outcomes”, he added. 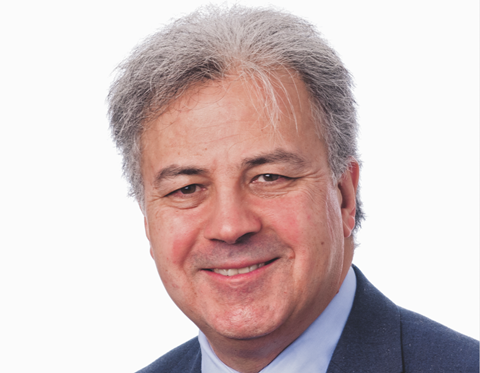 Saker Nusseibeh, chief executive of Hermes Investment Management, also welcomed the revised code, highlighting that it “emphasises the need for the alignment between companies, shareholders and stakeholders as a means to generating greater long-term, sustainable value”.

“The code places an obligation on boards to articulate the company’s purpose beyond its balance sheet, which encourages companies to place greater weight on their relationships with all stakeholders,” he added.

“Moreover, the renewed focus on the application of the principles and the FRC’s wish to see clear and meaningful reporting is a welcome addition.”

The FRC said that investors and their advisors should avoid tick-box and “mechanistic” evaluations of companies’ explanations.