Mark Thompson, CIO of HSBC’s UK pension scheme, is to leave his role to become permanent chief investment officer for the London CIV in September.

Thompson will take over from Mike Pratten, who joined the £36bn (€40.4bn) local authority pension asset pool at the start of May on an interim basis from insurance company Canopius.

In more than eight years at HSBC, Thompson has overseen the defined benefit section’s growth from €15.9bn when he joined in 2011 to €30.3bn according to the bank’s latest annual report.

In addition, he has developed the bank’s innovative approach to defined contribution (DC), introducing a ‘three-headed’ investment strategy to give members the option of an annuity, cash lump sum or drawdown at retirement.

He also worked with Legal & General Investment Management in 2016 to develop a DC default investment fund with a climate change ‘tilt’ and a positive environmental, social and governance policy. The DC section has assets totalling £4bn, according to a statement from the London CIV.

In a statement, the London CIV said Thompson would join on 2 September, with Pratten continuing as temporary head of the investment team until then.

Thompson said: “I am delighted to be joining the team at London CIV. ‎I look forward to contributing to the further development of LCIV, and to helping the organisation meet the expectations and requirements of its shareholders.”

Lord Bob Kerslake, chair of the London CIV, added: “Mark comes with enormous experience and a strong track record of achievements. This will be of enormous benefit to the London CIV as we move forward.”

Pratten was London CIV’s first investment chief since Julian Pendock left the company in January 2018. In February this year the CIV appointed Mike O’Donnell as its permanent CEO, succeeding Mark Hyde-Harrison. Hyde-Harrison held the role on an interim basis and oversaw major changes to the CIV’s governance structure. 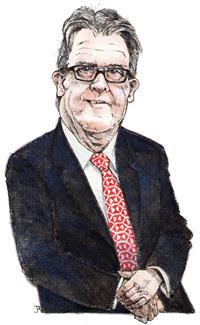 How We Run Our Money: HSBC UK Pension Scheme
Mark Thompson spoke to IPE in 2017 about his creative DB de-risking strategy and the search for innovation in DC