The investment partnership set up by London’s borough pension funds is suffering after asset pooling became mandatory for its members, its former CEO has said.

Speaking in Prague at IPE’s annual conference, Hugh Grover said London CIV – formed by the UK capital’s 33 public sector pension funds – began in 2014 as a defensive response to the threat of a full merger. At the outset, the participating funds were free to decide how much of their assets to pool.

“Investing nothing was entirely OK,” he said. “Nobody was going to criticise a borough for paying their annual subscription and then investing nothing.”

However, in 2015 the UK government announced that asset pooling would be mandatory across the entire local government pension scheme (LGPS). It has subsequently emphasised that there should be “minimal exceptions” to pooling and any assets held outside a collaborative structure should be continually justified.

This threw a spanner in the works, as Grover said it was not the model the London boroughs had signed up for when the London CIV was originally set up.

“One of the tricks I now see we missed at that point was to sit the boroughs down properly and debate: what does that mean and how does that change the vision?” said Grover. 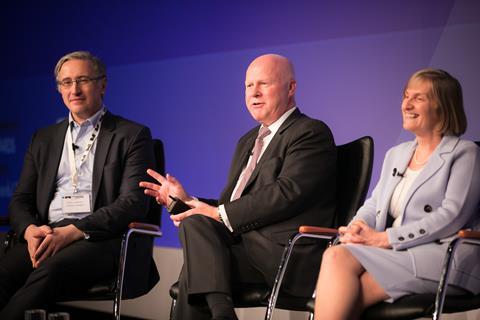 He was clear about the implications and the board also understood what had changed, he added, but there was not enough engagement with the boroughs about what this meant for London CIV and its purpose.

“And if I’m perfectly honest I think London CIV is still suffering from not doing that,” he said. “That lack of vision really does cause a major problem.”

Borough council documents indicate that some funds have expressed reluctance to pool assets within the CIV.

The other asset pools that are emerging in the LGPS had mandatory pooling as their starting point, Grover pointed out. Although this still posed challenges for them, they did not have to deal with the transition from a voluntary arrangement to a mandatory one, according to Grover.

Grover resigned as CEO of London CIV in early November. He said that, with space to reflect, his concerns had crystallised in his mind in the past three weeks.

The London CIV was the first fully authorised and regulated fund management company to be set up by a local government entity, according to its website.

It has so far launched nine funds to help council pension schemes pool equity and multi-asset mandates. The pool has £5.6bn (€6.3bn) under management currently and has said it aims to grow its assets to “more than £20bn”.

The panel also discussed talent management in the context of the new LGPS pension structures.

Susan Martin, CEO of Local Pensions Partnership (LPP), said that as a non-profit pension services provider it was finding it easy to recruit “quite good people” at the moment .

“They’re coming with a vision and it’s all new,” she said.

Things could become more difficult when the other LGPS pools were up and running, she said, but at LPP the feeling was that it was not about the level of pay but “the other things around it that you give people”.

LPP is a collaboration between the London Pensions Fund Authority and Lancashire County Pension Fund and has some £13bn of assets under management from its two founder pension funds. The Royal County of Berkshire Pension Fund is also set to pool resources with LPP.

LPP and London CIV are the only two of eight LGPS pooling structures that are already operational.

Grover said London CIV had also experienced a “capital value in the newness of what we’re doing”, with individuals willing to take a pay cut and miss out on other potential benefits because of the novelty of the project.

That capital would run out at some point in the next few years, however, he added. London CIV’s members would then find themselves confronted with the need to offer market competitive remuneration packages, while across the wider local government sector there were budget cuts and staff shortages.

The debates about this would be difficult, he said.

A large recruitment programme had helped London CIV grow from one person to 12, with a goal of being 20-strong by the end of the financial year. However, it was already experiencing “that treadmill of people doing their time and then moving on”.

Stefan Lundbergh, director at Cardano Insight, said organisations facing constraints on remuneration needed to figure out what roles they wanted to have in-house and what they should outsource.

Many lower paid jobs were actually quite important in pensions, such as asset allocation decisions, he said, while most “action-oriented” jobs like security selection and trading were better paid. 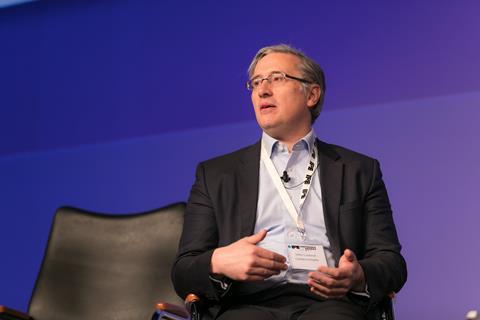 “There are a lot of people out there who just don’t want to be a mercenary” – Stefan Lundbergh, Cardano

“As an organisation you have think about what you can pay, as that will also determine what kind of structure you’re going to set up,” Lundbergh said. “If you’re over-optimistic and hope you can attract super talent, they might leave you.”

Pension organisations should also bear in mind that not everyone was primarily motivated by money, he added.

“There are a lot of people out there who just don’t want to be a mercenary,” Lundbergh said. “People who have a passion and want to be a part of something – and if you can find them, that’s great for organisations like this because you can offer something more than a commercial organisation can.”