The Australian government gave up A$41bn (€25bn) in tax revenue last year to support its universal superannuation scheme, which has accumulated some A$3trn.

The government’s annual revenue loss through tax concessions to super will rise steadily as the pool grows in coming years. The impact of forgone revenue will accelerate as the next round of legislated increase in the super levy – or superannuation guarantee – kicks in from July 2021.

But many are now questioning whether, in an era of low wage growth and a rising cost of living, particularly housing, workers can afford to have 12.5% of their salary locked up in super funds.

Industry experts are asking whether the 15% concessional tax rate applied by the government to all super savings is sustainable into the future.

Actuarial firm Rice Warner said that lifting compulsory super contributions to 12% would not have much impact on the age pension for many years, and would save the budget only about 0.1% in lower age pension spending in the second half of this century.

In contrast, extra super tax breaks from higher compulsory super would cost an average of 0.22% of GDP “through this century”.

The Rice Warner view is contradicted by the Association of Superannuation Funds of Australia (ASFA), which estimates that spending on age pensions is A$9bn lower than it would be without compulsory super.

To seek greater clarity – yet again – the Federal Government in 2019 commissioned another independent review into Australia’s retirement income system, chaired by Michael Callaghan, a former executive board member of the International Monetary Fund (IMF) and Australian treasury official.

The government expects to receive the final report with recommendations in June.

The task of Callaghan’s panel is to look at the three pillars of the existing retirement income system – the age pension, compulsory superannuation and voluntary savings.

The review is looking at the current state of the system and how it will perform in the future as Australians live longer and the population ages.

Since last November, almost 260 submissions have been received, half of them from individuals aggrieved with what they see as serious inequity in the system, which they say feathers the nests of the wealthy and leaves the ordinary worker no better off.

An extra 2.5% of wages and salaries would be more than A$23bn a year in additional contributions, based on Australia’s national wage bill of A$923bn for the year to September 2019.

Australia’s rapidly-growing industry super funds sector, which managed A$747bn at the end of September 2019, argues that the increase is necessary to help Australians save for their retirement.

Victoria’s Labor government stated that it should be 15%, to create an adequate retirement nest egg. But in its submission, Prime Super, a small, not-for-profit A$5bn fund for the agriculture and farming sector, breaks ranks with its industry peers.

Prime Super’s chief executive officer Lachlan Baird, told the inquiry in its submission: “Although the current 9.5% compulsory rate is not enough to grow super savings for a comfortable retirement, Australia is in a period of low-wage growth (and) therefore an increase in the contribution rate is not realistic at this point in time.”

Kevin Davis, a professor of finance at the University of Melbourne, who sat on a panel reviewing Australia’s financial system in 2014, said: “Our current tax and benefit treatment of retirement incomes is a mess.”

Davis told the inquiry the cost of providing an age pension to an extra 1.4 million part-pensioners and one million current non-pensioners could cost the government A$30bn a year.

This cost, he said, would be largely offset by increased budget revenue if the move to a universal pension was paired with the introduction of margin income tax rates on pension drawdowns from superannuation savings, which are currently tax free. 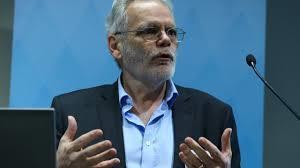 Kevin Davis, a professor of finance at the University of Melbourne

Australia outlays A$50bn a year on age pensions. “Rather than fiddling at the edges, consideration of wholesale reform is warranted,” Davis said.

Many Australians now retire on low super savings and/or choose to take their superannuation balance in lump sums to be spent as they wish, leaving them with insufficient funds to live out their retirement.

Increasingly, welfare groups have highlighted the inequality of the current system, which has been shown to benefit the wealthy with large balances over the lowly-paid, with small balances.

The inherent flaw of Australia’s super system is that it has become a legitimate tax shelter for a group of Australians, ranging from small business to the super wealthy.

These individuals run self-managed super funds (SMSFs), which, critics say, in essence, should not be part of the super system as they are “tax management tools”. By channeling their money into SMSFs, they pay a 15% flat rate, and avoid having to pay the top marginal tax rate of 47%.

This is one reason for the dramatic growth in self-managed super funds in Australia. Some 1.1 million SMSF members own assets totalling A$747bn – as much as the entire industry super fund sector and much more than corporate, public service or retail super sectors.