In its second quarter report, Norges Bank Investment Management (NBIM), which manages the Government Pension Fund Global (GPFG), revealed it made more on bonds than equities between April and June, with fixed-income investments returning 3.1%, while equities generated a return of 3%.

The oil fund’s manager reported a positive overall return on investments of 3% in the second quarter, or NOK256bn – 0.2 percentage points below the benchmark – and said that equities had delivered a positive return despite volatile market conditions.

Trond Grande, deputy chief executive of NBIM, said: “We had a positive return on our fixed-income investments thanks to falling yields.

“We now have more than NOK600bn in bonds with negative yields. That is equivalent to a quarter of our fixed-income portfolio, and in line with the markets.”

Grande added: “Uncertainty about global trade and economic growth dampened returns early on, but markets rallied towards the end of the period, driven partly by the prospect of more expansionary monetary policy in developed markets.”

The Norwegian krone continued to rally on foreign exchanges in the reporting period, extending its gains in the first three months of the year. This hit the value of the GPFG by NOK38bn, according to NBIM data. Inflows into the fund amounted to NOK6bn in the second quarter.

Meanwhile, the fixed-income allocation was unchanged from March at 28% and unlisted real estate contracted to 2.7% of the fund, from 2.8% three months earlier and from 3% at the end of 2018.

The GPFG held NOK9.4trn in assets as of 21 August, according to its website. 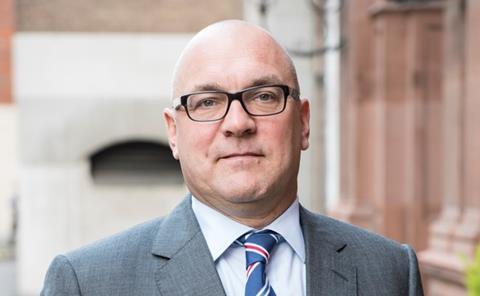 In a client commentary published last week, Chris Iggo, CIO for fixed income at AXA Investment Managers, warned that the strong returns from fixed income so far this year would be “much harder to sustain” in the coming months.

Investors faced “unprecedented conditions” in the asset class, Iggo said, with “more than 40%” of European investment grade corporate bonds, and 60% of European sovereign bonds, trading with a negative yield, including the entirety of the German Bund yield curve.

“For bond investors it is becoming harder to mitigate against the impact of lower yields on portfolio decisions,” he added. “It might not be the time to take more credit risk, yet there is incrementally less reward for extending out along the yield curve.”

He added: “We should be worried about lower and lower bond yields because they are sending very negative signals about the economic outlook, but they may cause some (as yet not fully understood) tensions in the financial system with structural implications.”