New Zealand’s experience could offer a template for the UK outside the EU, argues Russell Jones of Llewellyn Consulting

The UK faces a fundamentally changed future. The extent to which it makes a success of it will be determined essentially by how its people, its companies, and its institutions rise both to the new opportunities and the new challenges.

Their ability to respond depends upon their having an appropriate, constructive, policy framework in which to operate.

But the UK’s current policy framework, which has evolved in piecemeal fashion over many decades, is in important areas looking increasingly out of date, and inappropriate.

A fundamental rethink is required. The decision to leave the EU only accentuates that need, across a spectrum that ranges from social relations to macroeconomic stabilisation policy, and from defence and security to housing.

In some areas it may be sufficient simply to modify or develop existing policies.

But in others, the challenges and opportunities are such that the desirable policies are radically different, at least by the standards of recent history.

Notwithstanding the sweeping general election victory of Boris Johnson’s Conservative Party, the UK is socially and politically riven on a number of levels. Populism and personality politics have come increasingly to the fore.

Experience and evidence-based analysis are derided. The cohesion, if not the very existence, of the UK is under threat. The country’s role in international institutions is being questioned, and the external environment, transformed by developments in the US, Europe, China, the Middle East and Russia, is increasingly unfamiliar and unfriendly.

Whatever the validity of the theoretical and philosophical arguments in its favour, and whatever precise form it ultimately takes, Brexit stands to exert a huge and enduring influence on the British economy, and on British society as a whole.

The uncertainties that have characterised the period since the EU referendum have already left economic growth, and especially investment spending, significantly lower than they would otherwise have been.

The exit protocols hastily renegotiated by Boris Johnson towards the end of last year stand to result in further significant damage and dislocation. And given the prime minister’s insistence that a trade deal with the EU be agreed and ratified within 12 months, the risk remains of a truly traumatic ‘crash out’ at the end of 2020.

The full reconstruction of Britain’s trading partnerships will only occur over many years, and, whatever the initial hopes, the risk is that the ultimate configuration is much less beneficial to the economy than the status quo ante.

There will be major changes in the nature and direction of capital flows into and out of the country. Migrant labour is likely to be less readily available and may not necessarily be equipped with the most appropriate skills.

The structure of the economy will necessarily have to evolve, with the materialisation of winners and losers perhaps occurring in jarring fashion.

The UK’s economic performance, particularly productivity performance, has been sub-par for some time. The country has long suffered from twin budget and external deficits.

Inequality and perceived unfairness are burning issues on a number of levels: regional, educational, generational.

Britain has for some 35 years been overly reliant on a financial services sector that leaves it vulnerable to the vicissitudes of international asset and commodity markets. Historically low-interest rates limit the ability of the Bank of England to stabilise final demand. 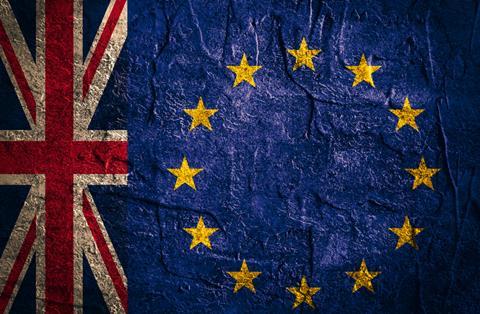 The National Health Service and the broader social services are under growing financial strain. The nation’s infrastructure is inadequate. National security is facing new types of threat. A diminished military is having to respond expensively to a technological and expenditure arms race abroad.

And meanwhile, the population is ageing. The burdens of pensions and social care are growing fast. More people will have to be supported by fewer.

In such circumstances, the average level of taxation seems bound to rise, with potentially deleterious effects on incentives and wealth creation.

Many of the new technologies are already bringing enormous benefits to the economy and society. These include increasing longevity, reduced infant mortality, better control of diseases, improved communications, better control of pollution. And such benefits are likely to continue to burgeon.

On the other hand, as ever with technological progress, there are also costs. Many tasks and jobs are already being destroyed and more will come under threat to the extent that whole industries, and sometimes entire communities, stand to be obliterated.

At the same time, the inequalities of wealth and income already mentioned risk being further exaggerated.

The overwhelming majority of scientists believe climate change is a fact of life. Average temperatures have been increasing for over a century, encouraging major adjustments in the environment. Sea levels have been rising, and the number of disruptive weather events has increased sharply.

And these trends are likely to continue, if not accelerate.

Climate change and the requirement to both moderate it, and adjust to it, will exert an increasing impact on the decisions made by governments and central banks as regards taxation, subsidies, regulation, and financial and macroeconomic stability.

Finally, there is the increasingly-politically-charged question of whether central banks should tailor policy to encourage transition to a low carbon economy through, for example, the deployment of their balance sheets (so-called green quantitative easing, or GQE)?

The danger of myopia

Perhaps the experience of New Zealand can offer some useful insights about what is ahead, and where Britain could go wrong.

In the early 1970s, New Zealand was one of the wealthiest countries in the world. Its population had long enjoyed sustained growth, full employment, and a comprehensive social security system.

When the UK joined what was then the EEC, however, strict quotas were imposed on agricultural imports from New Zealand.

Although long expected, UK accession to the EEC and the diminution of New Zealand’s main overseas market was a major shock, especially as it coincided with the first oil crisis. The ramifications rapidly spread throughout the economy.

Between 1975 and 1979, the country tumbled down the league table of the richest nations. Output fell sharply, inflation surged, the external balance went deep into deficit, and external debt accumulated.

Furthermore, the dominant policy response was to seek to cushion the initial painful effects of the country’s change of circumstances.

Generous social benefits and subsidies were maintained, and an increasing number of controls, not least on wages and prices, and subsequently even on interest rates, were imposed.

By the early 1980s, however, it was clear that this approach was unsustainable. In 1984, there was a major policy volte-face. This amounted to a root and branch programme of structural reform in an effort to enhance incentives, create new opportunities, and bolster productivity, while also underpinning longer-term macroeconomic stability.

The international investment community was at first sceptical, but then increasingly impressed at the speed and breadth of the change, but GDP growth remained miserable, unemployment ratcheted ever higher, inflation proved sticky, and the budget and external deficits remained onerous.

Growth picked up and remained robust. Inflation fell. The unemployment rate finally peaked and started to come down. Public and external indebtedness stabilised, then declined.

Over the past 20-odd years, helped by the inexorable rise of China, India and the rest of Asia, the economy’s performance has remained impressive, and today New Zealand is frequently cited as a model of a flexible, dynamic, inclusive, and open economy.

The moral of the story is that when confronted by large structural change, it is vitally important that a country gets its policy-settings broadly right from the outset, especially when the international environment is less than sympathetic. 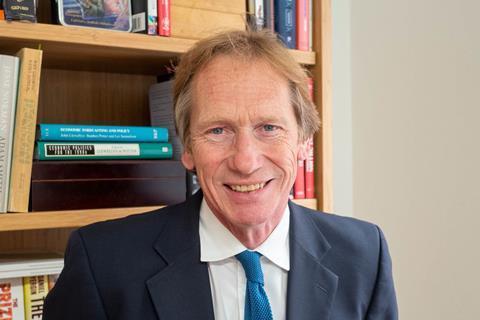 Only then can the adjustment process progress relatively smoothly, costs be minimised relative to the benefits, and the burden be shared appropriately across society. Turning inwards, protecting, subsidising, intervening excessively, and focussing on the amelioration of the symptoms of change is not a sustainable strategy. Indeed, it makes the ultimate adjustment harder.

Russell Jones is a partner at the independent macro consultancy Llewellyn Consulting. He is also a member of the Policy Reform Group, and co-editor and co-author of Beyond Brexit: a Programme for UK Reform, published with the support of the National Institute of Economic and Social Research in October of last year.